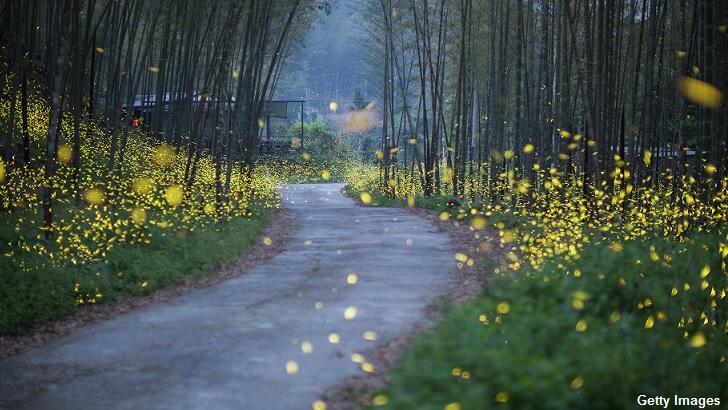 In a bizarre case out of Pennsylvania, a man will soon be serving prison time for firing a gun at what he believed were 'alien lasers' that turned out to be merely fireflies. The truly strange incident reportedly occurred last summer when Jesse Shields and his girlfriend, Katherine McCloskey, were out at night in their truck and they noticed eerie green lights in the sky. The duo also claimed that they heard voices and the vehicle began to shake, which apparently led them to believe that they were on the cusp of an unwanted alien encounter.

In an effort to prevent their perceived impending abduction, Shields promptly grabbed a gun and shot it into the air as a way of warning the 'aliens.' When this did not cause the worrisome lights to go away, the gun-wielding Shields took off on foot in an attempt to escape the scene while McCloskey waited behind in the truck. Eventually, he arrived at a house that was unlocked and entered the premises, where he was met by the bewildered homeowner, who managed to convince him to put down the weapon. During the exchange, Shields begged the person to let him take a shower because his skin was burning due to, in his mind, whatever forces were behind the enigmatic lights.

Somewhere along the way, the homeowner phoned the police, who arrived on the scene and arrested the troubled pair. As one may have surmised by now, authorities contend that the duo were under the influence of a foreign substance, specifically bath salts and that is likely what caused them to confuse fireflies for an alien invasion. Facing considerable jail time for the misadventure, Shields cut a deal with prosecutors this week in which he pled guilty to a pair of charges that led to a six-year prison sentence.