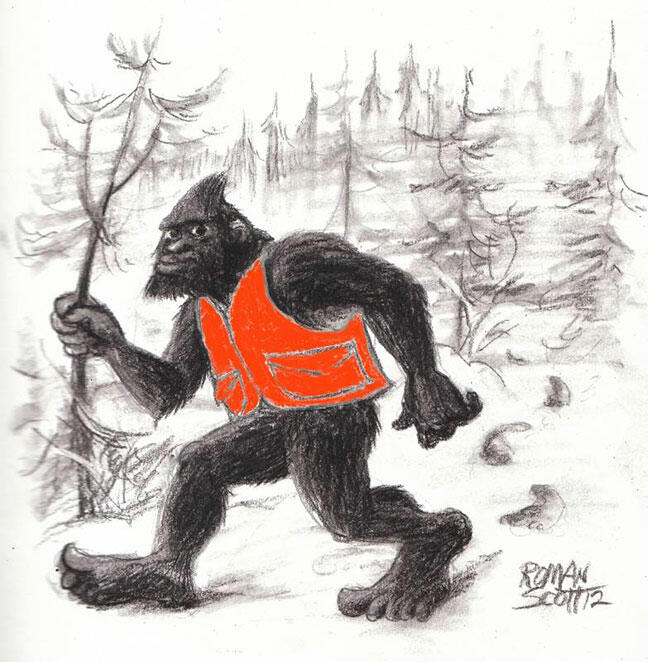 In a bizarre incident near Kalispell, Montana, a man dressed in a Bigfoot costume was struck and killed by two vehicles on Highway 93. By coincidence, we earlier received this cartoon from Roman Scott titled "Hunting Season" which he said was inspired by recent discussions about Bigfoot hunting vs. capturing, and risks taken by "men-in-suit" hoaxers.