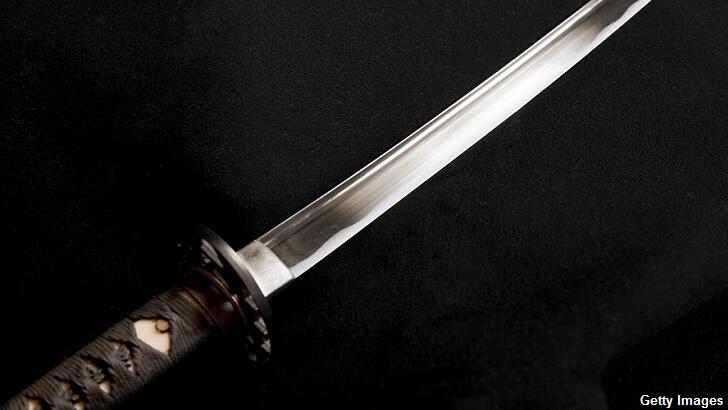 A Kansas man locked in a contentious legal battle with his ex-wife asked the judge presiding over the case to allow the matter to be settled with a sword fight. David Ostrom reportedly filed the bizarre motion earlier this month, requesting that he and his former paramour be granted permission to "resolve our disputes on the field of battle." In the filing, Ostman argued that "trial by combat has never been explicitly banned or restricted as a right in these United States."

As such, he proposed a sword fight between himself and his ex-wife or her attorney wherein Ostman promised to "rend their souls from their corporal [sic] bodies." However, since he apparently does not have access to the weaponry necessary for such a showdown, the would-be dueler noted that he would need 12 weeks to procure some samurai swords. In what may be something of a clue as to why Ostman wants to stab him, his ex-wife's attorney responded to the request by mocking Ostman's misspelling of 'corporeal' and arguing that the court should not allow a financial dispute to be settled by way of a battle to the death.

While the judge has yet to render his decision on the odd request, Ostman conceded that his filing will probably not be approved and declared that the whole exercise was his way of answering the attorney's "absurdity with my own absurdity." Be that as it may, he also indicated that should, by some quirky legal twist of fate, the duel be allowed to happen, he's prepared to go to battle with the lawyer. "I will meet him" in the hypothetical sword fight, Ostman promised, but cautioned that "I don't think he has the guts to do it."