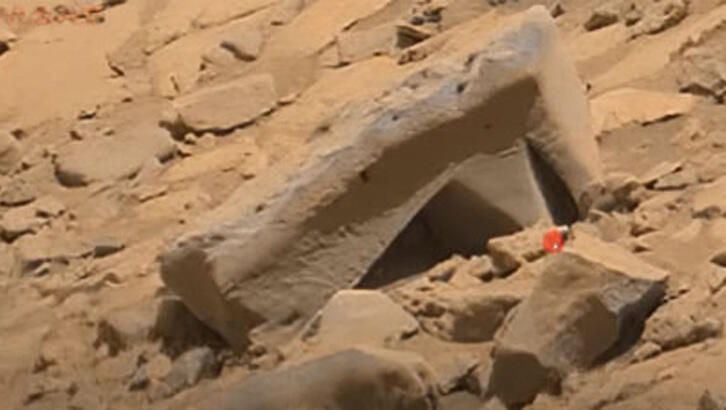 Journalist Mary Joyce has provided several images to accompany her appearance on the 7/3/21 show to discuss Dr. Wernher von Braun and life on Mars. 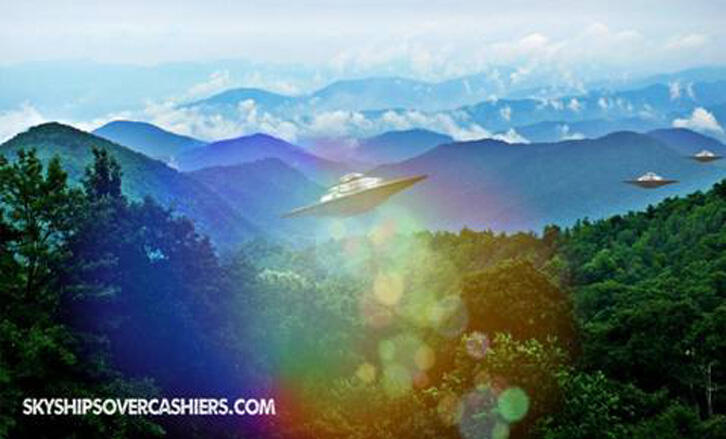 SkyShipsOverCashiers.com was started in 2008 because so many UFOs were being seen over the mountaintop town of Cashiers, NC. 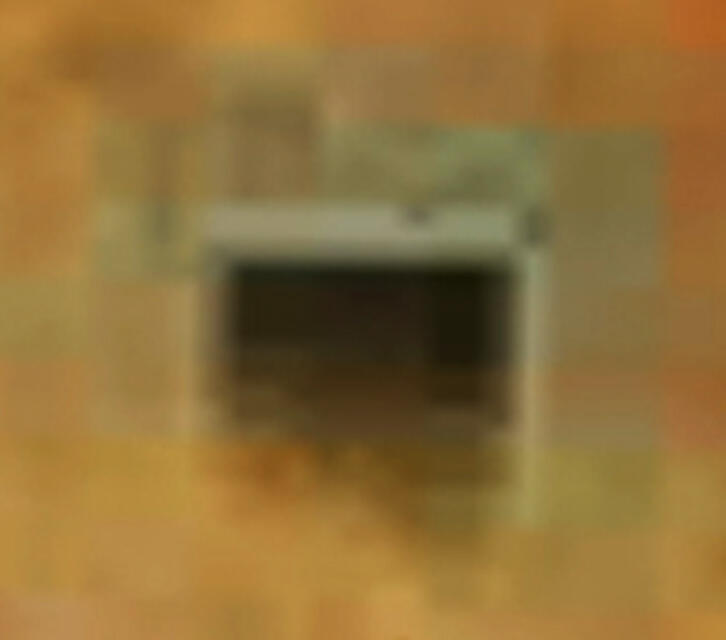 One of 27 entrances we found into the interior of Mars

(R) Google Earth/Mars image of an actual structure on Mars 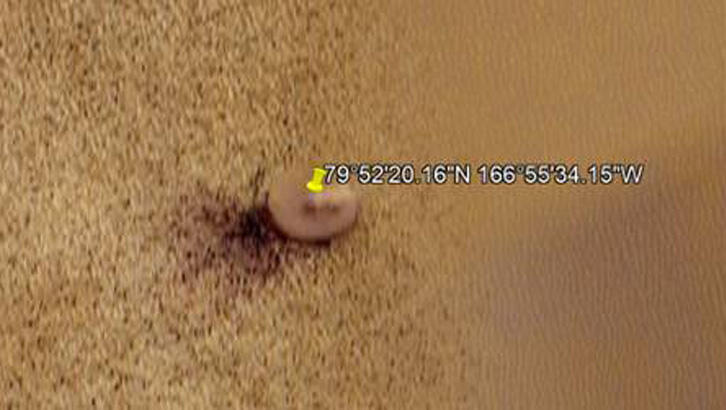 This circular object on the Mars surface casts a shadow and is more than 3.5 miles in diameter. 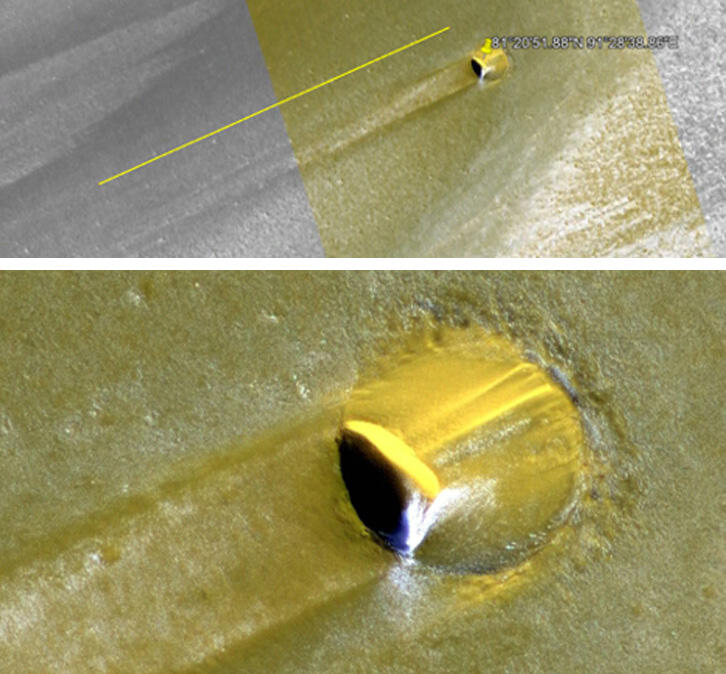 The above object appears to have skidded almost a mile across the Mars surface before slamming to a stop. The yellow line running parallel to the skid mark is 4,422 feet in length. The object itself is approximately 406 feet long and 367 feet across.

Dr. Wernher von Braun and Clark McClelland became friends while working on NASA's Saturn 1 mission. It was during their private conversations that Dr. von Braun shared his revelations about Mars and ETs.

This remnant found on Mars looks like a broken piece of a building’s door or window.