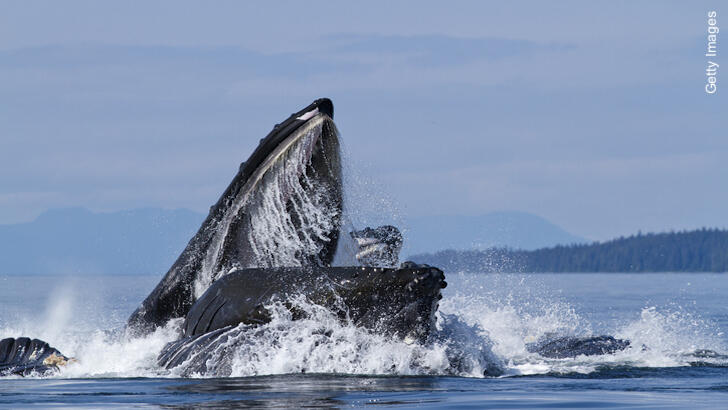 Commercial lobster diving is a dangerous job, but Michael Packard had probably never considered whales to be much of a threat. After a nearby humpback reportedly made a terrifying mistake last Friday, however, the father of two now has an unexpected occupational hazard to add to his list.

While on a morning dive for lobster near Herring Cove Beach, Massachusetts. Packard said, he felt himself suddenly being squeezed and propelled underwater by something very large and strong. Totally engulfed by darkness a moment later, he at first believed he'd been attacked by a great white shark, but soon realized that his captor was a whale, which is not known to intentionally endanger humans. After tossing Packard around in its mouth for several seconds, the whale surfaced and threw him back into the ocean near a fishing boat, whose crew pulled him aboard and called for onshore medical attention.

Packard was released from the hospital with no major injuries, and—despite the fact that he believed he was going to die in the incident—has stated that his scary encounter won't deter him at all from getting back to lobster diving once he's fully recovered.