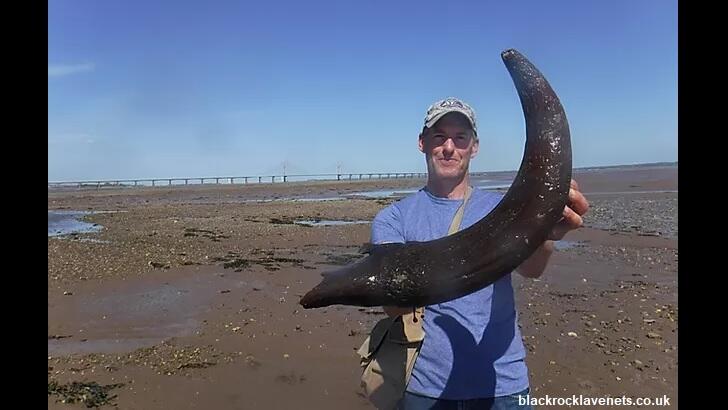 A pair of brothers walking along the shore of an estuary in Wales stumbled upon a huge horn that once belonged to an ancient creature that roamed the region thousands of years ago. The wondrous find was reportedly made last month when Martin and Richard Morgan were visiting a beach at low tide in the coastal village of Sudbrook. Spotting something resembling wood sticking out of the sand, they began digging and soon unearthed a 27-inch horn.

It was later determined that the enormous horn came from an auroch, which is a now-extinct type of wild cattle that were considerably bigger than modern day cows. Amazingly, an examination of the horn suggested that it could be 5,000 years old. Calling it a "once in a lifetime discovery," Martin Morgan mused that "we only found it by chance that we wandered there and then, it could have been gone again the next day." The brothers hope to eventually have the horn carbon tested to determine its true age and then put on display at a museum.