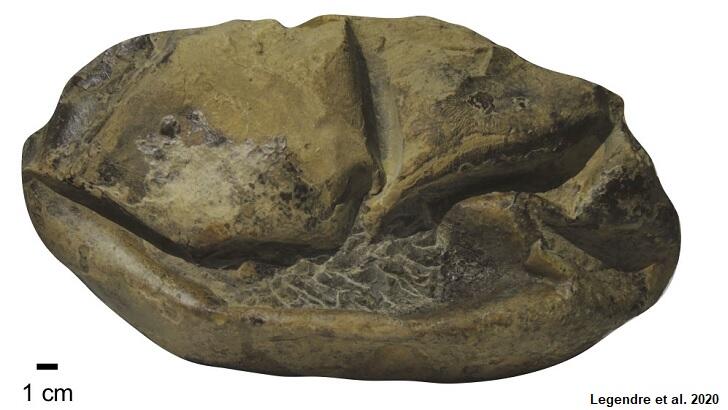 An enormous fossil that had stumped scientists for nearly a decade has finally been identified as an egg from an extinct marine reptile. The curious specimen, which resembles a deflated football and measures approximately 11 by 7 inches, was reportedly found back in 2011 by Chilean researchers on an expedition in Antarctica. Stumped by the strange find, they brought it back to the country's National Museum of Natural History, where it came to be known as 'The Thing.'

Over the years, various experts were shown the oddity, but no one could quite figure out what it was. At long last, a paleontologist from the University of Texas named Julia Clarke suggested that the fossil was, in fact, a deflated egg. When intrigued researchers set about examining the object with that hypothesis in mind, they found that, indeed, it possessed remnants of membranes that appeared to confirm the theory.

Based on our current knowledge of the comparative size difference of reptiles and their eggs, scientists determined that the creature that left behind the fossilized find was at least 20 feet long and was most likely from an ancient marine reptile known as a mosasaur. The discovery is of particular significance in that it is the largest soft-shell egg ever found and its very existence would seem to defy conventional scientific thinking that marine reptiles like the mosasaur did not lay eggs.