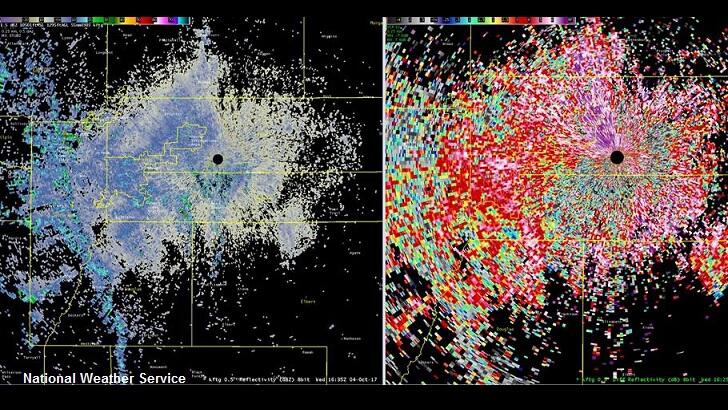 The Boulder, Colorado branch of the National Weather Service recently spotted a remarkable formation flying over the city of Denver: an enormous swarm of butterflies.

Since the weather was clear that particular day, meteorologists at the NWS initially suspected that the giant radar signature, which measured an astounding 70 miles wide, was caused by a flock of birds.

However, after the posted the photo online and asked for insight from bird experts, they were surprised to receive feedback from followers in the area who said the region was actually awash in butterflies.

Specifically, 'painted lady' butterflies are believed to be the species of insect which caused the unusual sight on the NWS' radar.

Since the butterflies possess rather large wings and were flying in a formation which featured thousands of the insects, the swarm was 'solid' enough to be picked up by the radar.