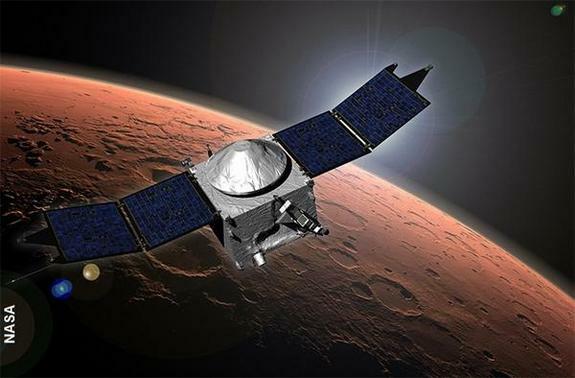 Sunday evening saw NASA's Mars Atmosphere and Volatile Evolution spacecraft, known as MAVEN, successfully enter into orbit around the Red Planet. The craft (seen here in an artist's depiction) will spend the next year collecting data on Mars' upper atmosphere in an attempt to decipher what caused the planet to change from an Earth-like world to the desolate land that it is today. Hopefully, MAVEN will not be the only newcomer to the Martian atmosphere this week as India's Mars Orbiter Mission (MOM) is also due to enter the planet's orbit on Tuesday evening. More on the story at Discovery News.