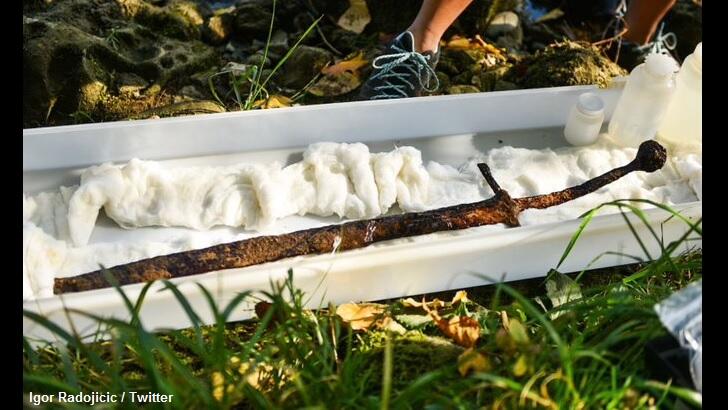 A sword discovered at the bottom of a river in Bosnia has been dubbed 'Excalibur' as the weapon was inexplicably found stuck in solid rock. The literal sword in the stone was reportedly spotted in the Vrbas River a few months ago at a depth of around 36 feet and was removed from the water last week. The task proved to be rather tricky as divers had to carefully pull the weapon from the rock while they were underwater so as to not damage the precious find.

A historian who examined the sword after it had been retrieved from the river estimated that it could be around 700 years old. It is theorized that the weapon may be connected to the nearby medieval community of Zvecaj, which once boasted a sizeable castle that was home to Bosnian nobility. Experts are now studying the sword in an attempt to determine how and why it wound up embedded in a rock. As one can imagine, the discovery has spawned a number of jokes suggesting that the individual who pulled the weapon from the stone should now be the new ruler of Bosnia.