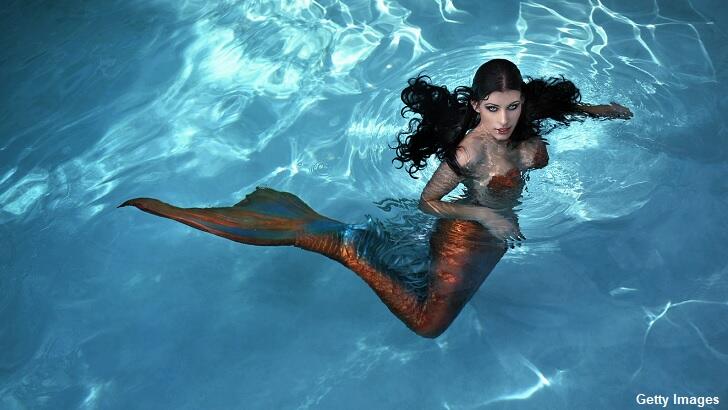 A fatal car crash on a bridge in Jamaica has renewed longstanding rumors within a nearby community the waters below are inhabited by a bloodthirsty mermaid. The accident, which saw one woman die and nine other people require hospitalization when a pair of vehicles collided head-on, reportedly took place in the town of Bog Walk on Tuesday morning. The crash occurred just days after another incident at the bridge wherein a woman also perished, leading to many in the community to cast the blame for the tragic events on a rather unlikely suspect: a mermaid said to lurk in the Rio Cobre, which runs beneath the bridge.

Frequent visitor to the river, Daniel Gayle, explained that legend has it that whenever the river "changes its color" and appears dirty, "that's when it's dangerous and that's usually when the mermaid is active." His assertion that there is a sinister supernatural being living in the water beneath the bridge was echoed by another resident who recalled an incident decades ago wherein a fisherman pulled a giant scale from the water and claimed that it came from a creature with a fish's tail and a human head. When the man went back to the river to try and catch the mermaid, it is said that the entity killed him.

The decades-old tale was seemingly confirmed by another resident, dubbed Lady G, who revealed that when the unfortunate man's body was found it was discovered that the creature had attached "a string of fish" to his shorts in what one assumes was some kind of warning to others who might dare to tangle with the mermaid. "This river is haunted," she said to a local media outlet, "it has its time when it takes a lot of lives and then cools down. Nothing can be done about it." According to Lady G, the deaths at the bridge will continue until the mermaid's thirst for blood is satiated. To that end, she ominously lamented, "sad to say, but we are expecting more."