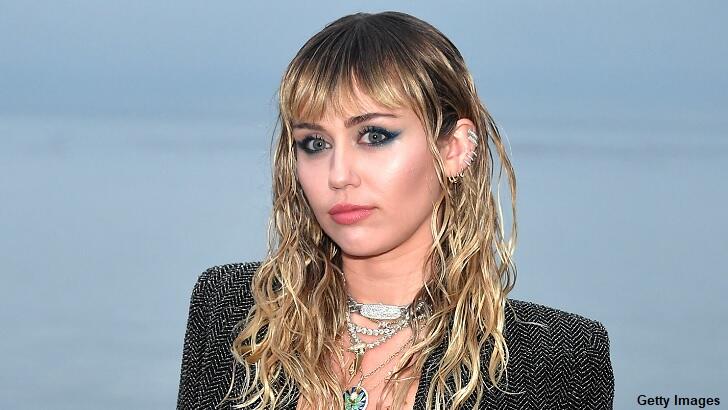 Pop star Miley Cyrus claims she was once chased by a UFO and made eye contact with an alien being that was aboard the craft. She revealed the wild tale during a conversation with designer Rick Owens in a recently published article for Interview Magazine. Asked if she believes in extraterrestrials, Cyrus replied "I had an experience, actually. I was driving through San Bernardino with my friend, and I got chased down by some sort of UFO." In recounting the sighting, she likened the craft to "a flying snowplow" wherein "it had this big plow in the front of it and was glowing yellow."

Cyrus went on to indicate that her unnamed friend also saw the UFO and that "there were a couple of other cars on the road and they also stopped to look, so I think what I saw was real." Reflecting on the experience, the pop star said that she was deeply shaken by the event for days afterward and "I couldn't really look at the sky the same. I thought they might come back." As if her story was not strange enough, Cyrus indicated that the initial sighting itself did not feel particularly threatening until she looked over and saw a being seemingly piloting the craft.

"It looked at me and we made eye contact," she recalled, "and I think that's what really shook me, looking into the eyes of something that I couldn't quite wrap my head around." Cyrus is the second pop star to make UFO-related news this week after Demi Lovato shared a video of an unidentified craft on her Instagram page and claimed that she is able to contact ETs via meditation. The two musicians' willingness to talk about their experiences is rather indicative of how the phenomenon has become a significant part of the zeitgeist in recent years.