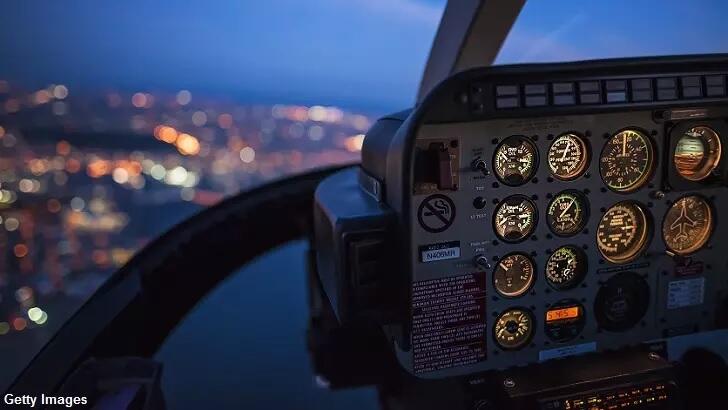 In an intriguing case out of Canada, pilots from both a military and a commercial aircraft reported seeing a strange green UFO in the night sky. The puzzling dual-witness event occurred at around 2 AM on July 31st and was made public in an incident report issued this week by the Canadian Civil Aviation Authority. The department indicated that the sighting unfolded over the Gulf of Saint Lawrence as a military transport aircraft was flying from Ontario to Germany and a KLM Royal Dutch Airlines passenger jet was en route from Boston to Amsterdam. The normally routine flights took an unexpected turn when the pilots of the two separate planes noticed that they had some strange company as they passed through the area.

The incident report states that they each told air traffic controllers that they had spotted "a bright green flying object" that "flew into a cloud, then disappeared." Alas, that brief description of the sighting is all that was officially revealed by the Canadian Civil Aviation Authority, which ultimately classified it as an enigmatic 'other,' meaning it could have been a "weather balloon, meteor, rocket, UFO." Although the report also states that there was "no impact to operations," aviation researcher Steffan Watkins looked into the incident and found a rather surprising detail that goes unmentioned in the official report.

Posting on Twitter, he noted that radar data shows that the event actually took place at 2 AM on July 31st and shared the eyebrow-raising detail that the Canadian military aircraft had actually "just made a change in course and had climbed 1,000 feet when they reported seeing the UFO." Not drawing any conclusions, he mused that the pilot could have been trying to avoid the object or maneuver into position to observe it better or the change in course could have a prosaic explanation with no connection to the unidentified flying object seen in the sky at the time. Unfortunately, unless more information comes available in the future, we may never know the answer to that question nor what, exactly, the object in the sky could have been.