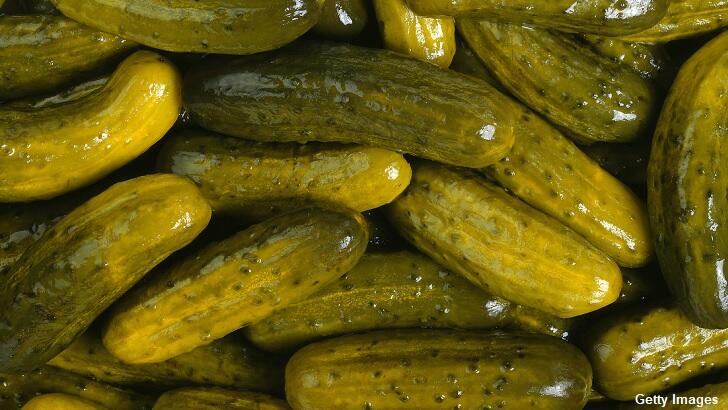 A bizarre mystery has gripped a neighborhood in New Jersey as residents say that some mischievous individual has been leaving pickles all over the place. According to a local media report, the strangeness began in the town of Bound Brook a few months ago when people began noticing gherkins appearing in their yards and driveways. However, it wasn't until recently that homeowners began comparing stories and realized that there was a pickle prankster afoot.

"I've seen large pickles smushed in the street. I've had pickles in my yard," declared resident Jill Suposs, lamenting that "everybody gets pickled. It's crazy." Her gherkin concerns were echoed by Lynn Johnson, who was initially confused by the cucumber in her yard until she was clued in to the caper unfolding in the community. "I shared my story with my neighbors," she said, "and they mentioned that our neighborhood was getting pickled. I couldn't believe it."

Whomever is behind the spree seems to have no shortage of the sandwich sides as one resident revealed that his house has been hit "probably six or seven times, just randomly ... pickles on the grass, once on the porch." As of now, no one is quite sure why the gherkins keep appearing nor who is leaving them throughout the neighborhood, though one theory bandied about is that this individual is simply not a fan of pickles and, after buying their lunch, tosses them away. Should that be the case, the person might want to watch their aim, lest a pickle go astray and they wind up on the wrong side of the law.