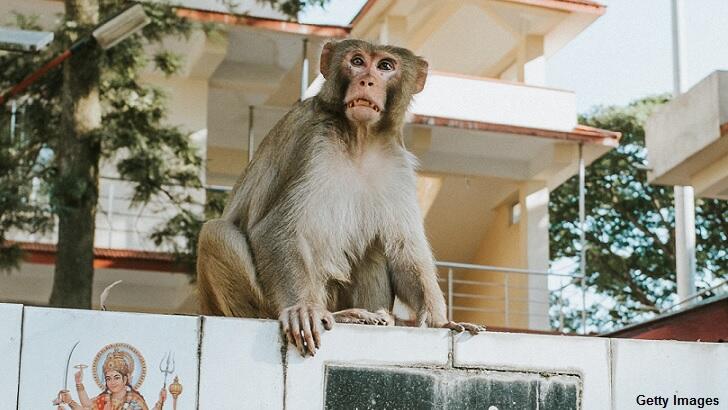 Wild monkeys have overrun a region of India and frustrated residents are taking to the streets demanding that the government put an end to the simian invasion.

Once quiet communities have been transformed into veritable warzones worthy of the Planet of the Apes films due to mobs of monkeys that are becoming increasingly brazen in their quest for food and territory.

The Indian city of Almora and an astounding 24 surrounding villages have been enveloped by the monkey menace in recent weeks, leading to mass protests about the problem.

"Monkeys have made our lives hell," one exasperated protestor told the Hindustan Times, claiming that people cannot leave anything of value outside their home lest it be taken by the sticky-fingered simians.

Irate residents also say that their houses are being swarmed by the creatures, children are afraid to walk down the street alone, and people are staying inside their homes during the daytime to avoid running into the marauding monkeys.

While some may suspect that the furor over the monkeys is overblown, the stunning number of alleged attacks by the creatures suggest that is far from the case.

Organizers of the protest alleged that an area hospital has been treating a staggering ten people per day for monkey bites and that a similar number of daily incidents simply go unreported.

And so, with nowhere else to turn, over two hundred residents have committed to a two-week-long protest that they say will amplify into a hunger strike if the Indian government does not help them stop the monkeys.

Fortunately, there may be an unlikely solution in sight as the area has seen a recent uptick in leopard attacks which wildlife officials are also being asked to thwart.

Should the leopards set their sights on the simian surplus, the Almora area could finally find themselves free from their nightmare, although they'd eventually have to find a way to fend off the ferocious felines once they're done feasting on monkeys.