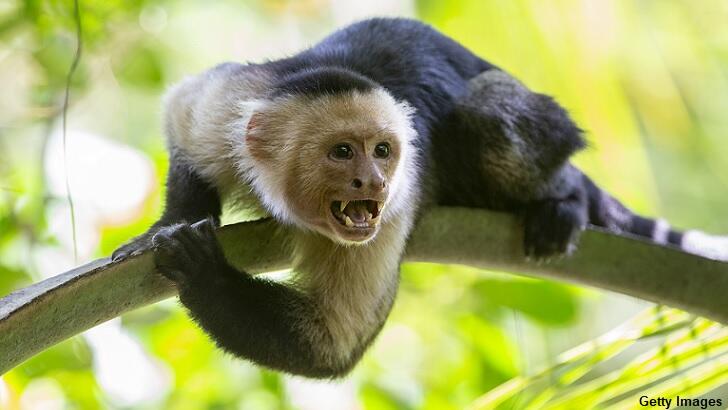 A strange controversy has erupted in a Tennessee community after residents alerted authorities to what they say is a menacing pet monkey roaming the streets. The weird dispute reportedly began last Thursday evening in the city of Church Hill when Linda Goins phoned the police to report being attacked by a Capuchin in the loose. The shaken woman told cops that the surly simian had jumped on her and tried to bite her before leaping onto her car.

Police investigating the matter soon learned that it was not an isolated incident as another neighbor told them that they had also had a less-than-pleasant run-in with the monkey in which they attempted to fend off the animal with a stick only to have it snatch the improvised weapon away from them. According to a report filed by the sheriff's deputy tasked with responding to the call, "I spoke to other residents in the neighborhood, and they have stated this has been an ongoing issue for quite some time."

Believed to be the cause of the commotion is resident Connie Waters' pet Capuchin named Chester. However, in a strange twist befitting this bizarre tale, the animal's owner insisted to a local newspaper that he is innocent and put forward a rather fantastic theory for who is to blame. Waters speculates that someone else in the neighborhood must also own a pet monkey and that this yet-to-be-identified creature is running amok in the community sullying Chester's good name.

As one might imagine, the residents who have run afoul of the Capuchin find the theory that there are two people in the neighborhood who own pet monkeys rather hard to believe. To their credit, they indicated that they do not wish for Waters' to lose possession of Chester and have expressed the hope that the recent intervention by law enforcement will cause her to keep a closer eye on the creature so that he does not escape from their home again.