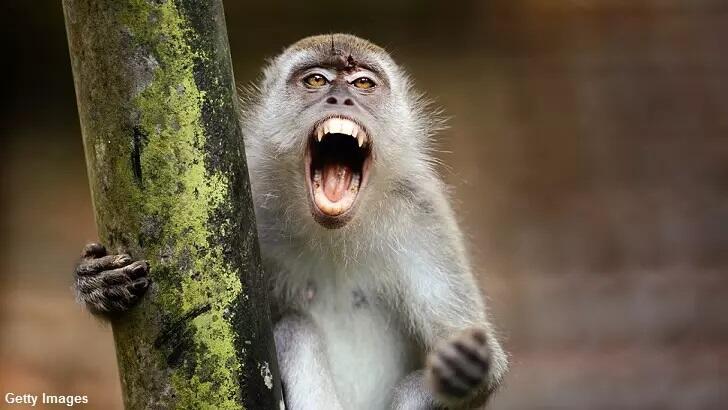 Reminiscent of the beginnings of an apocalyptic science fiction film, a troop of monkeys in India attacked a lab worker and made off with blood samples from COVID-19 patients. The very strange incident reportedly occurred at a medical college in the city of Meerut on Thursday when a lab technician was walking outside the facility and encountered the troublesome creatures. Presumably suspecting that he was carrying something that they could eat, the monkeys descended upon the unfortunate individual and snatched three samples containing the virus.

The fantastic nature of the caper captured the imagination of people online, many of whom likened it to the eerily similar opening scene of the zombie film 28 Days Later. However, not everyone found the monkey's antics amusing as residents of the area were understandably concerned about the prospect of the creatures spreading the virus in their community. In response to those fears, an official with the college assured the public that, to date, no evidence has emerged to indicate that monkeys can get the coronavirus.

Fortunately this became something of a moot point when the samples were recovered shortly after the animals had stolen them. It would appear that the monkeys, who had scrambled up trees to examine the pilfered material, eventually tossed the blood samples to the ground once they realized that the packets could not be eaten. Nonetheless, authorities have pledged to investigate the incident and take steps to prevent any similar incidents in the future.