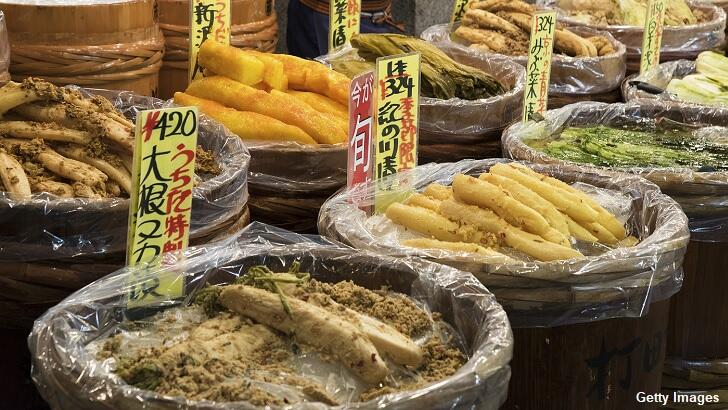 In a bizarre story out of Japan, a disgruntled pickle shop customer found himself in trouble with the law following a months-long feud wherein he would repeatedly spit on the ground in front of the store and curse them. The very strange dispute reportedly began in the fall of 2019 and centered around points on the patron's 'frequent customer card.' Although the specifics of the disagreement are uncertain, the argument was apparently serious enough that the man vowed revenge on the store, which is located in the city of Osaka, and embarked on a campaign of harassment against them that stretched on for months.

According to the owners of the pickle shop, their once-happy customer began stopping by the store, where he would stand in front of the building and spit on the ground while wishing death upon them. Incredibly, the furious former patron provided his 'poor review' of the establishment several times a month from the start of 2020 until October of last year. Initially, the owners dismissed his visits as little more than a minor nuisance, but things understandably took a more serious turn when the country became gripped by the coronavirus.

As such, this past September, the owner of the store stood up to the spitting man and, presumably, attempted to put an end to their feud. However, this only exacerbated the problem and led to a situation in which the pickle shop proprietor wound up being arrested for assault. Explaining what happened to the police, the owner lamented that the customer's spitting campaign "was unhygienic with the growing COVID-19 problem, and the stress of repeatedly telling the man to stop was too much to bear."

Amazingly, cops then launched an investigation into the matter and even went so far as to perform a stakeout wherein they observed the angry customer repeat his spitting routine twice before their very eyes. When questioned by officers, the man insisted that what they witnessed was merely a misunderstanding brought about by a cough. In a testament to the dedication of the Osaka Police Department, cops doubled down on their investigation over the next several months until finally charging the man last week with what they called a "highly malicious" campaign aimed against the shop. Since spitting in a public place is illegal in Japan, the man may ultimately face 30 days in jail as well as a hefty fine for the proverbial act of 'pickle disobedience.'