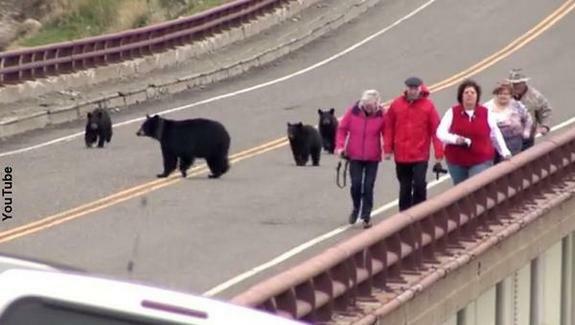 In a remarkable video captured at Yellowstone National Park this past week, a mother black bear gave chase to a group of tourists after they ventured near her three cubs. While a solitary black bear is usually unlikely to approach humans, wildlife experts say that the protective instincts of the mother bear were on full display as she drove the bystanders away from the area. Fortunately for the people on the scene, the mother bear's approach was more defensive than aggressive due to the advanced age of her cubs. More on the story here.