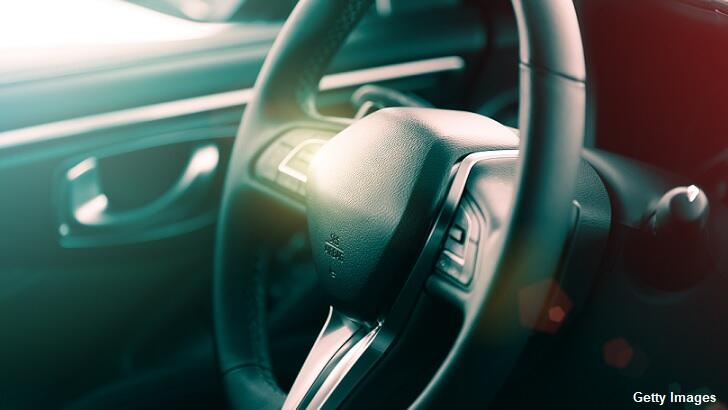 A woman in Ohio found herself in considerable trouble with the law following a car crash that occurred after she decided to "let God take the wheel." According to a local media report, the bizarre incident occurred last month in the city of Beachwood when cops were called to the scene of an accident involving a vehicle that had careened into a house. Upon their arrival, police were greeted by the unnamed driver of the car, who provided a rather jaw-dropping explanation for what had just happened.

Following a series of "trials and tribulations" which had befallen her life in recent weeks, including the loss of her job, the woman embarked on an ill-advised test of faith while driving through the city. Opting to "let go and let God take the wheel," the motorist proceeded to accelerate to a staggering 100 mph and sped through a red light, where she clipped another vehicle in the intersection. The slight collision sent her car spinning out of control into a utility pole, then another car, and ultimately into a house.

While some might suspect that the driver's decision to hand control of the car over to God was the result of some kind of impairment, an examination of the woman at the hospital where she was later treated found no signs of drugs or alcohol consumption. The motorist was ultimately charged with several offenses including felony assault and endangering a child, which came about because her 11-year-old daughter was in the car at the time of the crash. Fortunately, no one was hurt in the fracas and, amazingly, the woman told cops that she still believed that she did the right thing, despite the damage caused by the attempt at conjuring divine intervention.