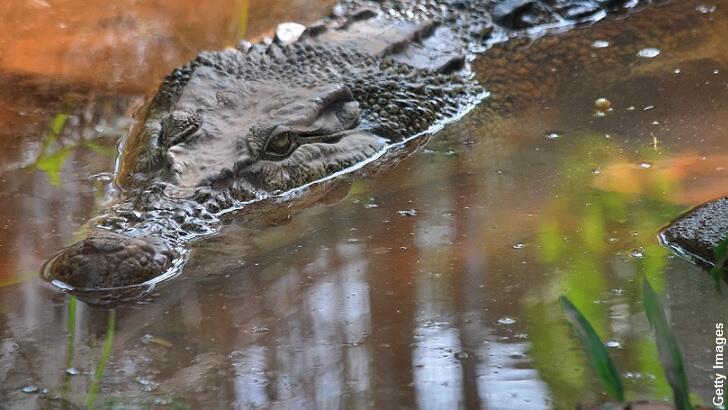 Mozambique Man Accused of Using Sorcery to Cause Crocodile Attacks

In a strange story out of Mozambique, an elderly man has been driven from his village after neighbors claimed that he was a sorcerer who could control crocodiles. The bizarre case reportedly occurred in the town of Dombe, where residents are on edge following a series of attacks by the monstrous reptiles over the last few months. Rather than seeing the unsettling events as unfortunate encounters with one of Mother Nature's more dangerous predators, people in the community contend that there is something far more sinister afoot.

It is believed in the village that the aggressive crocodiles are, in fact, being controlled by an elderly man who they suspect of practicing witchcraft. The father of one youngster who fell victim to the creatures explained that the man asked his son for some food that he had just purchased at the store and, when his request was rebuffed, the "old man promised they were the last biscuits and drink he would ever take in his life, because he would die. The next day he went to the river, and he really did die."

The accusation was echoed by a young man who managed to survive a crocodile attack and noted that "that granddad asked me to fetch water for him. I delayed, and when I returned he got angry with me, and made threats." Word soon began to spread through the community that the mysterious man could control the creatures and had allegedly been seen performing rituals at the river where they live. It would seem that the rumors sparked something of a hysteria as a mob ultimately formed to run the man out of town.

The angry residents of the community destroyed the man's home and all of his possessions, but he was somehow able to escape and wound up fleeing to a police station where he is currently residing for fear of returning to the village since he would undoubtedly be killed if he did. Authorities in Dombe hope to help the man find a new community to call home as residents of his former village insist that "we don't want that citizen in our area anymore." It remains to be seen whether the actions of the villagers will result in an end to the crocodile attacks as one imagines that if they really were controlled by the man then they're pretty ornery now.