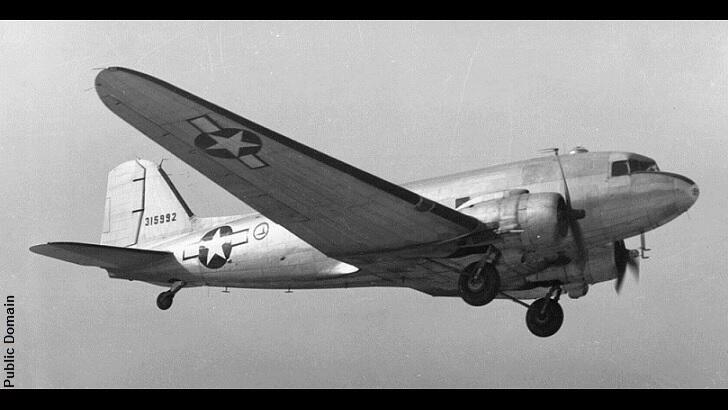 A remarkable number of people in an English county have come forward claiming to have seen a ghost plane flying through the sky earlier this week.

The weird incident is believed to have occurred around 6:45 in the evening over the country of Derbyshire this past Monday.

A local newspaper, the Derby Telegraph, shared two separate reports from readers who said that they spotted a dark, silent aircraft which looked to be from World War II flying incredibly low to the ground.

One witness described being afraid that the plane was about to crash due to its precarious position in the sky and then became baffled as it seemingly vanished from the sky.

His account was bolstered by another individual who claimed to have also had a ghost plane sighting at the same time from a different location in the county.

"The radio suddenly lost all signal and the sky just went really dark," Lyndsey Taylor told the paper, "all of a sudden this huge old aeroplane flew straight over our heads, completely silent and was heading for the ground ... but then it just disappeared."

As intriguing as these two tales from completely different observers may sound, what happened next is truly tantalizing as the newspaper was subsequently swamped with calls and messages from other people in the county who also saw the 'ghost plane' on Monday night.

According to them, "dozens" of people contacted the Telegraph with similar stories which echoed the initial witnesses who were profiled the previous day.

While Derbyshire does have a history of 'ghost plane' stories, this particular incident is rather odd in that it seems to constitute some kind of mass sighting, provided that most of these observers are being truthful.

Could they have all seen the infamous aerial apparition said to haunt the skies over Derbyshire or is it a case of misidentification turned into mass hysteria? Let us know your take at the Coast to Coast AM Facebook page.