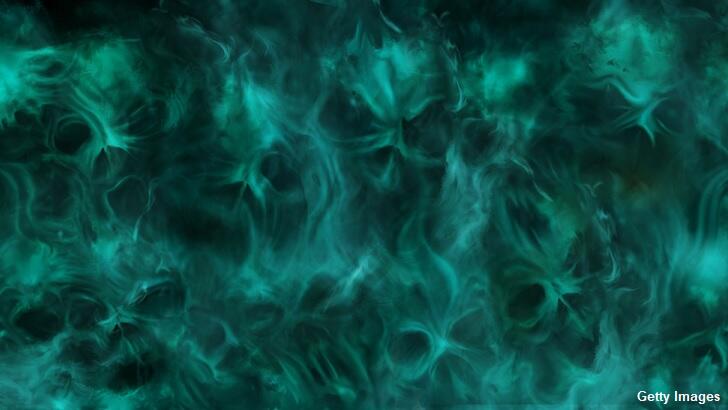 A murder suspect in England has put forward something of a strange supernatural defense for a double slaying that he is accused of committing as the man contends that a centuries-old jinn is really responsible for the crime. According to a local media report, Shahbaz Khan is currently on trial for the murders of Dr. Saman Mir Sacharvi and her daughter, Vian Mangrio, who were killed in October of 2020 in the community of Burnley. A contractor by trade who had done previous work at the family's home, he had been seen entering the residence on the day prior to the crime and, in a subsequent search of his house, was discovered to be in possession of jewelry and money that had belonged to Dr. Sacharvi.

Prosecutors in England understandably believe that they have an airtight case against Khan, which likely explains why he contends that a jinn was actually to blame for the double murder. Upon his arrest, Khan was placed in a jail cell, wherein he threw himself across the room and onto his bed in an incident that he claimed was an attack by an invisible evil entity. In an interview with police the next day, the accused killer began undulating and informed them that they were speaking to a 620-year-old supernatural spirit named Robert Smith Wood, who happened to live in Dr. Sacharvi's home. The 'entity' went on to claim that he had grown upset with alterations made to the residence and, in turn, smashed a mirror as well as moved a table to indicate his displeasure with the changes.

At some point following the interview, Kahn apparently 'reclaimed control of his body' as he later insisted that he had no idea how the mother and daughter were killed. Asserting that they were perfectly fine when he left the residence, he argued that the jinn infesting their home must have committed the crime. As one might imagine, prosecutors are not buying Kahn's story, arguing to the jury at his currently unfolding trial that the man's actions while in custody were simply his way of "trying to set up his defense to say he had been attacked in his cell by a supernatural spirit." They went on to muse to the court "was it real in his head that he threw himself across his cell to his bed or was it a feeble attempt to pretend there was something wrong with his mental state?"

Ultimately, they called Kahn's defense "absolute nonsense," declaring that Dr. Sacharvi and her daughter "were not killed by supernatural spirits." Beyond the pilfered property found in the man's possession, prosecutors also suggest premeditation on the part of the accused killer as, following the double murder, the family's home had been set on fire, while web searches on his phone centered around whether or not fire could destroy DNA. And so, unless Kahn's attorney can somehow find a way to get Robert the jinn to take the stand, he's likely to be headed off to prison in the not too distant future.