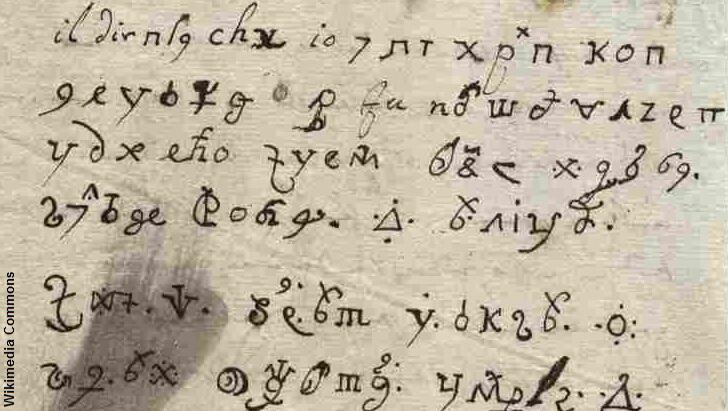 An eerie 17th century letter that was written in code by a nun said to be possessed by the devil has allegedly been deciphered.

The creepy missive was purportedly composed by Sister Maria Crocifissa della Concezione in 1676 following a bizarre episode in which the nun awoke with a face covered in ink and possessing the cryptic letter.

The sisters at her convent were convinced that the note was the product of some kind of demonic influence, since the text was comprised of various letters from the alphabets of different languages and, therefore, could not be read.

Over the next 341 years, an array of academics, occultists, and cryptographers attempted to decode the letter, but no one could unlock the message contained in the notorious note.

However, a recent research project in Italy appears to have finally solved some of the mystery by determining the meaning of 15 lines from the text.

Remarkably, the team managed to decipher the message by using a computer algorithm used by intelligence services for just such an endeavor which the researchers obtained on the infamous 'dark web.'

As to what the 'Devil's Letter' says, the general theme of the missive appears to be some kind of musing on the nature of God's relationship to man and how Satan figures into the equation.

Although the researchers have not released the complete text at this time, they did share one particularly unnerving passage which states, "God thinks he can free mortals. This system works for no one."

Considering that it took centuries for the code to be broken, one can't help but wonder, based on the chilling 'insight' revealed so far, whether we were ever supposed to know what Satan had to say to the sister and what might happen know that we're poised to find out.