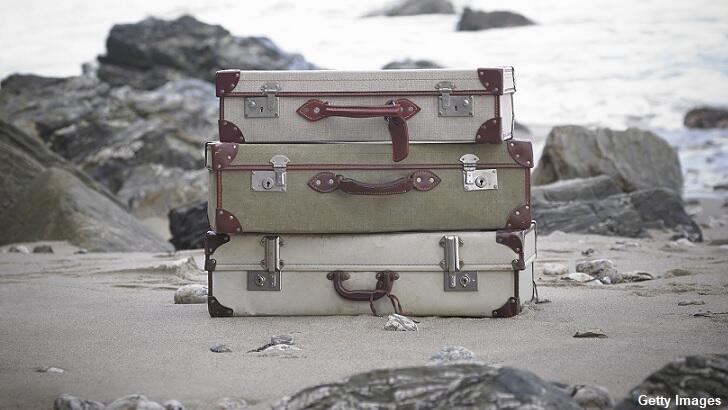 In a very strange story out of England, authorities were left scratching their heads after they were unable to locate a sizable group of people reportedly seen carrying suitcases and walking towards a reservoir. According to a local media report, the weird incident occurred last Thursday morning when Sussex Police received several calls from residents who had spotted around 50 individuals seemingly en route to the Ardingly Reservoir. What caught the attention of the witnesses was that every member of the gathering inexplicably had a suitcase with them.

The weird case became all the more puzzling when officers arrived on the scene and could find no trace of the luggage-toting group. After announcing the confounding call to investigate on Twitter, Inspector Darren Taylor was pressed for additional details, but conceded that there mystifying story had no resolution. "It's all a bit random," he wrote, "received calls from members of the public that a group of around 50 adults were walking down a middle of a road pulling suitcases heading towards Ardingly. We thought possible rave happening so carried out an area search, but they had vanished."

The officer ultimately mused that the incident was "most bizarre," which led his amused social media followers to offer their own explanations for what might have happened. As one might expect, some suggested that the group had been picked up by aliens whisking them away from Earth and others likened the case to a scene in the classic film Cocoon. And, of course, one person groused that the lack of a single picture or video of the proverbial 'suitcase gang' suggested that the reports to police had some kind of hoax.