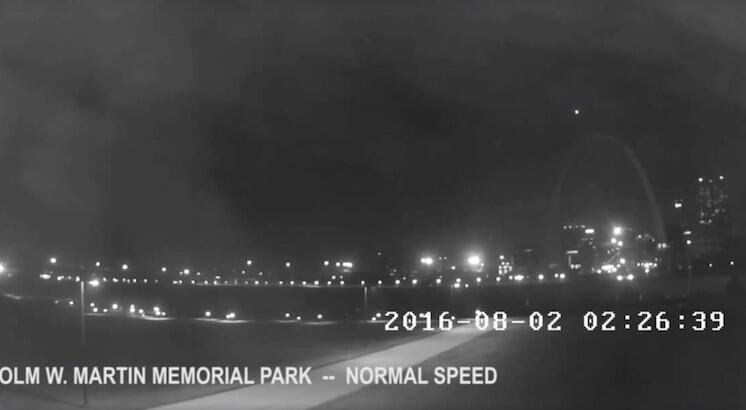 Multiple videos have emerged of a mysterious light hovering over the St. Louis Gateway Arch on August 2nd, 2016.

Illinois resident Chase Rhoads filmed his video around 2:30 am while on break at his job as a cleaning consultant.

Rhoads guessed that the light hovered about two hundred feet over the arch.

"It didn't fly over," Rhoads said. "It just appeared."

He refuted the idea that he saw a reflection of the light on top of the arch, noting that it wasn't red.

And he’s not the only one who saw something.

A surveillance camera at Malcolm W. Martin Memorial Park also captured a mysterious light, which you can see below.

FOX 2 News contacted the National Parks Service and Scott Air Force Base. Both organizations claimed there was no unusual activity and have no explanation for the lights.