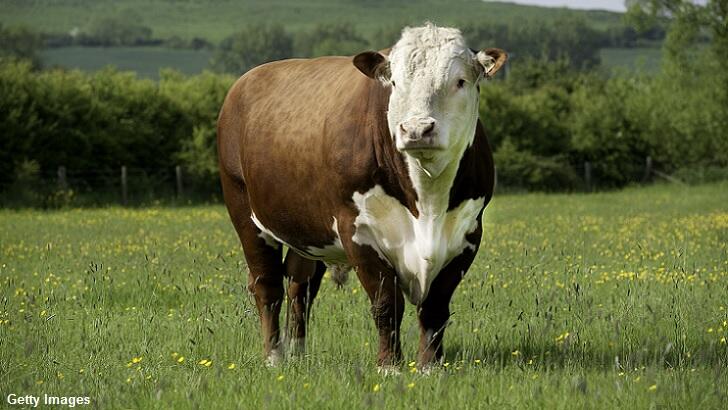 New details have emerged concerning a series of mysterious cattle mutilations that occurred in Oregon earlier this year and have left authorities scratching their heads. The spate of puzzling slayings first made news back in March when the Crook County Sheriff's Office issued a press release cautioning residents about the curious incidents and indicating that an investigation was underway. Although the bulletin was rather short on specifics, aside from the tantalizing observation that "the cause of these cattle deaths were not natural," details surrounding the puzzling string of cases have finally come to light.

According to a local media report, the strangeness started on February 27th when a rancher discovered that one of his cattle had perished under perplexing circumstances wherein parts of its body had been removed with what appeared to surgical precision and creatures that normally would scavenge the body refused to touch it. Six days later, authorities were called out to a different ranch where another cow had been killed under similarly suspicious circumstances. In this instance, investigators noted that the unfortunate animal appeared to have had a patch of hair removed and may have been injected with a needle.

The series continued on March 6th when, on a third ranch, another cow was killed in a manner that appeared to match the previous two cases. Finally, the unfortunate rancher who lost his cow in the second incident phoned police to report that he had lost another animal to whatever was behind the killings and that, once again, the creature's body parts were removed with remarkably clean cuts that were not in keeping with a natural predator. In this instance, an experienced veterinarian who had performed post-mortem examinations on dead cattle agreed with investigators that something seemed amiss about the way in which the animal had perished.

As of now, authorities in Crook County have no answers as to what could be behind the separate but seemingly connected cattle mutilation cases. "We are not speculating on how these are happening," Sheriff John Gautney said, "as we try to keep an open mind and look at all possibilities." One avenue which may be explored by investigators that was unavailable to cattle mutilation researchers in the past is to possibly obtain a search warrant for cell phone activity from when and where the incidents occur. Samples from the downed animals are also being tested in the hopes that they could provide some kind of clue as to what led to the creature's demise.