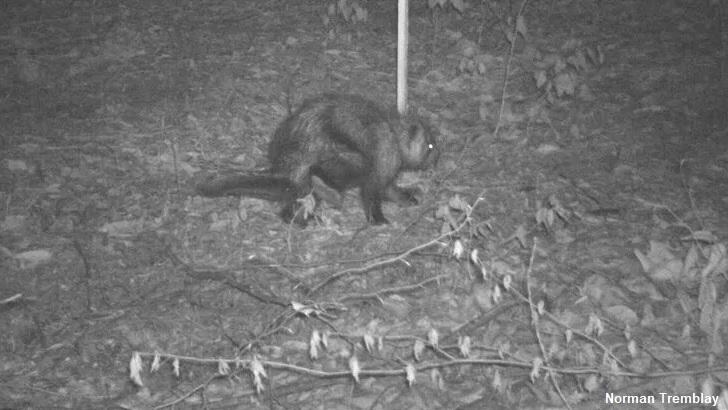 A trail cam in Maine snapped a puzzling image of a creature that proved rather difficult to identify. According to a local media report, the curious photograph was captured on the forested property of Norman Tremblay in the town of Lowell. He explained that he had gotten the trail cam for Christmas a few years ago and was skeptical that it would spot anything strange until he saw the puzzling picture. "This amazing creature is so creepy to look at that it’s hard to believe it's on some land we own," Tremblay marveled.

As for what the odd animal might be, Tremblay's image generated a handful of theories from observers. For his part, Tremblay speculated that it could be a fisher cat, while others suggested other prosaic woodland denizens such as a beaver. And, of course, some clever individuals put forward the possibility that the mystery beast was the infamous chupacabra. Ultimately, the nature of the creature was determined to be a porcupine after a panel of wildlife experts examined the image.