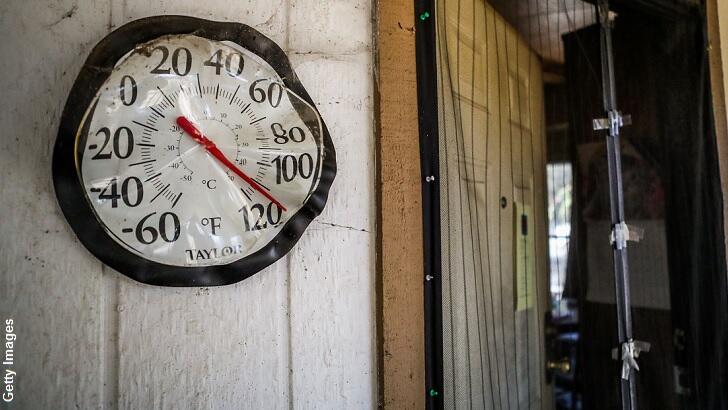 Authorities in the New Jersey town of Island Heights were left scratching their heads after a fire inexplicably erupted in an uninhabited old home.

Cops say that a neighbor noticed a strange sound coming from the 100-year-old house on Monday afternoon and called to report the oddity.

When police arrived, they found some items atop the stove had caught on fire and, fortunately, fire fighters were able to quickly extinguish the small inferno.

What has left officials baffled, however, is how exactly the fire might have started.

According to authorities, every entrance to the house was locked, no one had been inside in over a week, and there was no sign of any forced entry.

The objects at the center of the blaze, a garbage bag, plastic container, and a roll of paper towels, had been placed on the store, ostensibly about a week ago, to thwart a leaky ceiling.

While one might suspect that those items had somehow spawned the fire, it would appear that authorities have ruled out that prosaic conclusion, since they conceded to having no idea what caused the fiery event and labeled the mysterious incident 'bizarre.'

Do you have a theory on the strange case of seemingly spontaneous combustion? Let us know at the Coast to Coast AM Facebook page.