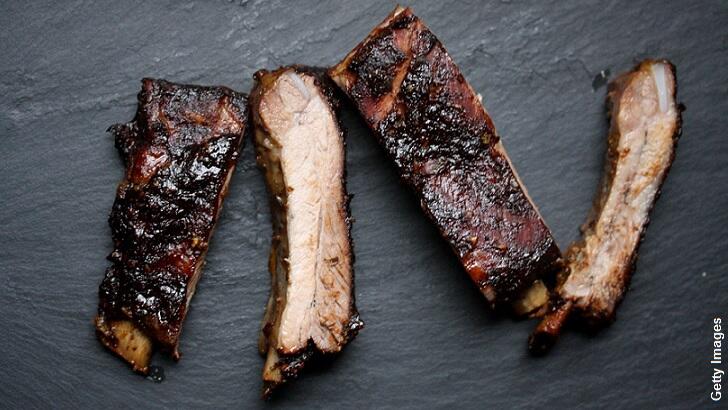 A village in Argentina is buzzing and authorities are baffled after a bizarre incident where meat inexplicably fell from the sky and rained down on the home of a confused couple!

The truly Fortean event unfolded last week when a man working in a field thought he heard a hail storm hitting his house.

However upon closer inspection, he realized that the falling objects were pieces of meat!

His wife, who was in the house at the time, confirmed his account as she had also heard the bits of flesh pelting their home.

Debris from the proverbial 'meat storm' covered an area of over 160 feet and was described as fresh as well as containing no bones.

Despite skepticism from their neighbors, the couple contacted the authorities, who were astonished when they came to investigate the call.

According to the couple, there were no signs of any aircraft in the area that could have inadvertently dropped the meat from the sky, leaving officials perplexed over what may have been the source for the strange event.

The most likely origin for the meat, as gruesome as it may sound, could be a bird of prey losing its lunch over the unlucky couple's home.

It's doubtful that such an explanation will assuage the couple who experienced the unwanted shower and it's almost certain that the event put a serious damper on any plans for an end of summer barbeque in the village.

To esoteric enthusiasts, the bizarre case is reminiscent of the occassional accounts of fish falling from the sky, a phenomenon detailed by legendary chronicler of the strange and unusual Charles Fort.

Coast Insiders can learn about Fort and the realm of Fortean phenomena by checking out historian Jim Steinmeyer's 5/3/2008 appearance on the program.