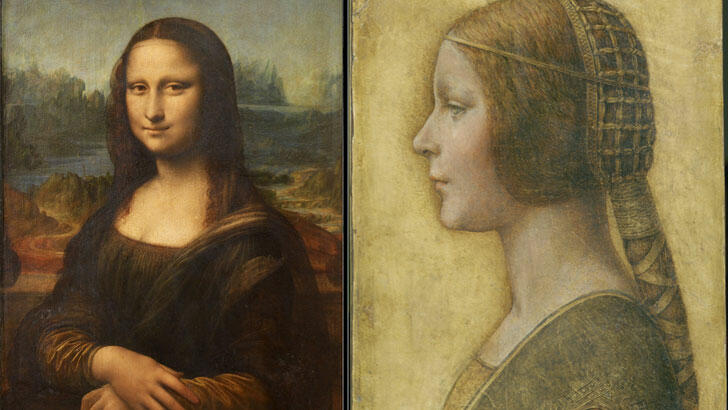 Why does Leonardo da Vinci’s Mona Lisa appear to be smiling one minute, but frowning the next? We may finally have an answer. Researchers examining an earlier painting "La Bella Principessa" by the 15th century renaissance genius claims to have uncovered the secret. By blending color pigments to deceive our peripheral vision, Da Vinci made the shape of the model’s mouth shift down or up depending upon which angle the painting is viewed from. The technique is called "sfumato," and according to the researchers both the Mona Lisa and La Bella Principessa paintings utilize the optical illusion.

Researchers Alessandro Soranzo and Michelle Newberry of Sheffield Hallam University call the Da Vinci illusion an "uncatchable smile", and set up a series of experiments to find the cause. First, they had people view the Mona Lisa, La Bella Principessa, and Piero del Pollaiuolo’s Portrait of a Girl at a distance and then up close. They were asked to rank the subject’s level of contentment. In Portrait of a Girl, distance had no effect as the artist did not use the sfumato technique.

But in both Da Vinci paintings, the subject appeared less and less content the closer the observer got to the portraits. The researchers then covered up the mouth of the subjects in both Da Vinci paintings. Observers could tell no difference in contentment based on difference, proving the lips were the source of the illusion. "Given Da Vinci’s mastery of the technique, and its subsequent use in the Mona Lisa, it is quite conceivable that the ambiguity of the effect was intentional," Soranzo said. More here.