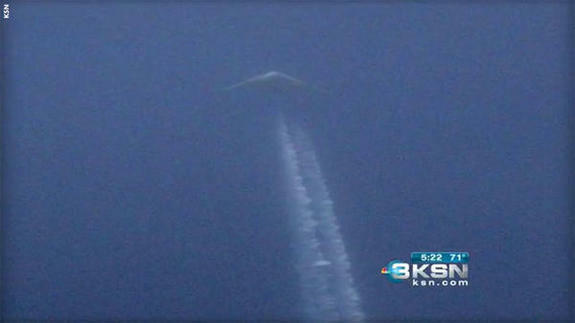 An amateur photographer in Wichita, Kansas, has captured a mysterious triangle-shaped craft which bears a striking resemblance to the one seen flying over Amarillo, Texas, earlier this year. In an interview with KSN, Jeff Templin recalled the day the flying object caught his eye. "Anyone that was looking up would have seen it," he told the TV station, noting that it was performing several 180 degree turns in the sky in the shape of an S. Aviation experts have been unable to identify the craft. Check out the video report here.

First Half: Dr. Joel Wallach discusses alternative health approaches and the benefits of remedies and supplements that aid in the body's recovery from many diseases and ailments. Second Half: Clairvoyant medium Kim Dennis has spent years helping...