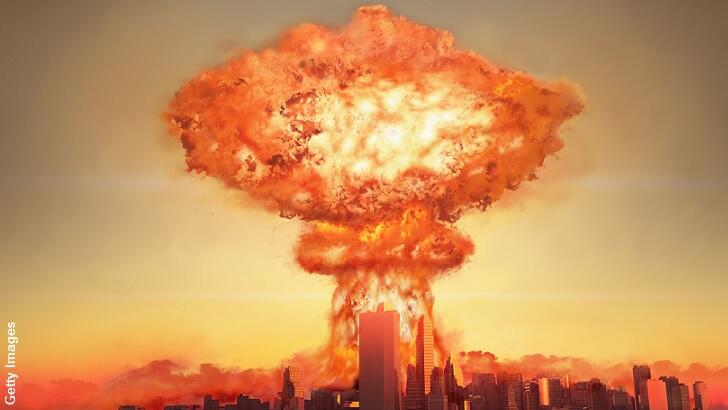 A self-proclaimed clairvoyant who allegedly predicted the surprising election of Donald Trump back in 2015 claims to know when World War III will start and it's only weeks away!

Texas-based mystic Horacio Villegas purportedly foresaw Trump's victory a few years ago and warned that the billionaire businessman, whom he called the "Illuminati king," would spawn WWIII following an attack on Syria.

He now says that a recent prophetic dream has revealed to him precisely when this epic conflict will begin as well as when it will end.

According to Villegas, the vision featured hordes of people running through the city streets as balls of fire, which he interpreted to be bombs, rained down upon them.

Incredibly, he contends to have somehow deciphered when the long-feared global showdown that is WWIII will begin: May 13th.

Villegas' believes this is because that date marks the 100th anniversary of when the legendary and mysterious Lady of Fatima apparition first appeared to three Portuguese children back in 1917.

And, in either a fortunate or worrisome prediction, the mystic put forward October 13th as to when the war will end, since that would be the centennial anniversary of the final Fatima appearance.

It remains to be seen whether the epic battle only lasts five months because the world comes to its sense or its end.

Villegas cautions that, in the weeks leading up to May 13th, there will be various skirmishes around the world which may actually be 'false flag' events designed to provoke one of the superpowers to 'fire the first shot' of WWIII.

Perhaps the only bright side to his warning is that we won't have to wait too long to see if his dire prognostication is proven correct or if is simply the product of watching too much evening news.

Until then, though, Coast Insiders can learn more about the infamous 'secrets of Fatima' which Villegas believes foretells the forthcoming battle by checking out the 3/3/2013 edition of the program featuring Fr. Nicholas Gruner.