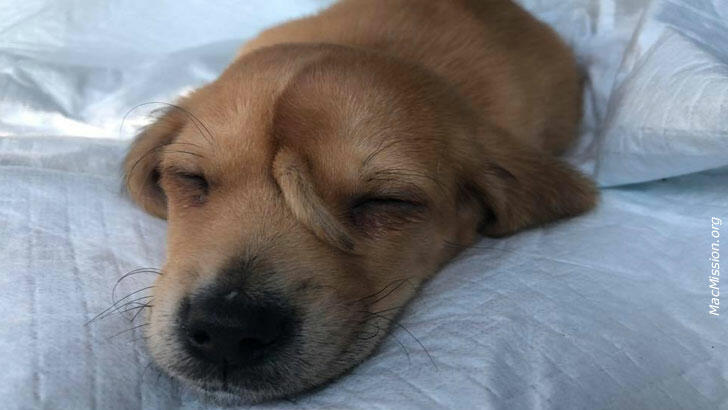 A stray puppy rescued by the animal shelter Mac's Mission in Cape Girardeau, MO, is quite an unusual little fellow, with a seeming second tail dangling between his eyes. It turns out though that the extra appendage of the adorable pup named Narwhal is not actually a tail, as when it was X-rayed, it was found to have no bone structure.

Still an attending veterinarian was stumped. "I've been a veterinarian for 16 years," Dr. Brian Heuring told TODAY, "and I've never seen anything like this. It certainly looks just like a tail, but...it's all just skin," and thus doesn't wag. According MacMission's Facebook page, "the unicorn face tail does not bother Narwhal and he never slows down just like any normal puppy."