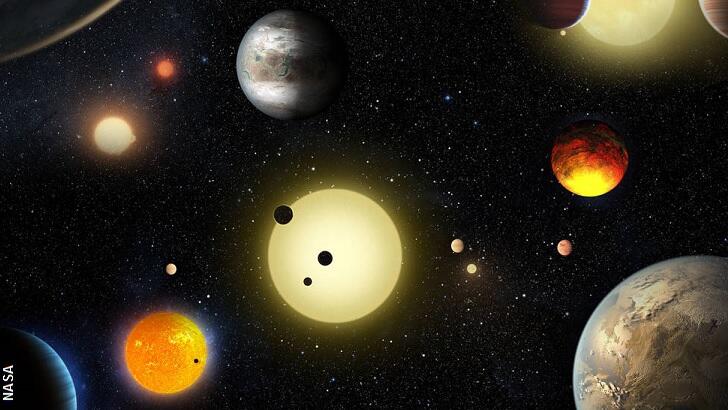 In a textbook-busting announcement by NASA, the space agency confirmed the discovery of a whopping 1,284 new exoplanets found with the Kepler telescope.

The plethora of newfound worlds constitutes an enormous increase in the number of known exoplanets, which now totals around 3,200.

Although the vast majority of the new exoplanets are unlikely to be able to support life, NASA noted that around 550 of them may be similar to Earth in rocky composition and a tantalizing nine reside in the elusive 'habitable zone.'

"This gives us hope that somewhere out there, around a star much like ours, we can eventually discover another Earth," NASA scientist Ellen Stofan said at a press conference.

And, as more exoplanets are discovered and confirmed, it helps astronomers refine the process of looking for them and, hopefully, finding the rare worlds where life may actually exist.

Credited with discovering nearly 75 percent of all exoplanets, the Kepler telescope was lauded for possibly fundamentally changing our understanding of the universe.

Observing that exoplanets were fairly mysterious until the launch of Kepler, NASA astrophysicist Paul Hertz marveled that, thanks to the telescope, "we now know there could be more planets than stars."

As the search continues, perhaps we'll find the exoplanet we've been looking for all along: the one where someone is down there looking for us.