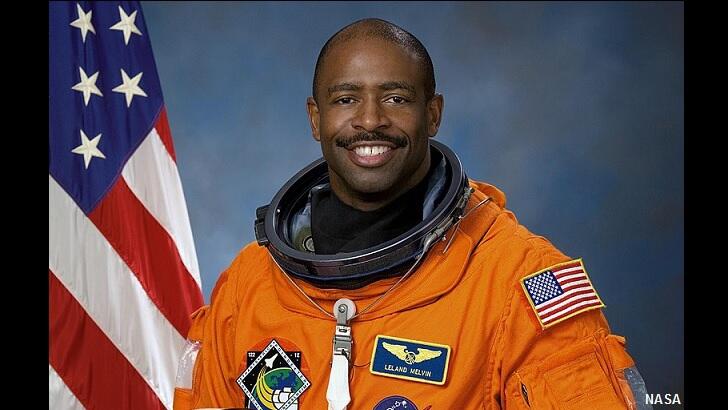 A NASA astronaut who flew on two space shuttle missions has ignited the imagination of UFO enthusiasts after revealing that he once spotted something "alien-like" out in space. The remarkable recollection was made by Leland Melvin by way of an intriguing exchange on Twitter with prolific UFO researcher Scott C. Waring. This past weekend, he came up with the clever idea of positing alien and UFO related questions to the social media accounts of various prominent astronauts.

The tactic proved successful in the case of Melvin, who actually answered his query. Asked if he had ever witnessed a UFO, the astronaut replied that he had not seen one in space or on the ground. However, he did recall an occasion where he "thought I saw something organic/alien like floating out of the payload bay." He went on to write "I called the ground to ask what it could be and it was ice that had broken off of the Freon hoses."

Although that explanation was apparently satisfactory to Melvin as he was up in space, down here on Earth Waring wasn't quite convinced. After noting that the astronaut was exponentially closer to the oddity than those at ground control, the UFO researcher asked him "is it possible they lied and called it ice to calm you down?" Although he was skeptical of such a scenario, Melvin made the tantalizing concession that "you never know."

And, as often happens when any astronaut utters the word 'alien,' Melvin's words spawned numerous headlines from outlets around the world covering the curious Twitter conversation. In light of the considerable coverage of his experience, one can only wonder if he regrets answering the question in the first place, since he's now been thrust into UFO lore and can probably expect to be asked about the incident ad nauseam for a long time to come.