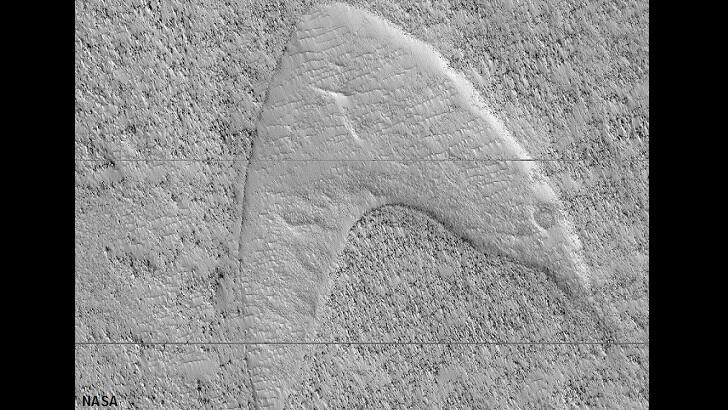 Proving that anomaly hunters aren't alone in spotting strange things out in space, NASA's Mars Reconnaissance Orbiter snapped an image of the Red Planet which seems to show Star Trek's iconic Starfleet logo. The amusing photo was taken by the satellite back in April and released by the space agency this week. Before one begins speculating that perhaps the odd formation was created by an alien race enamored with the classic TV series, NASA offered a more scientific explanation.

According to the space agency, the 'logo' is actually the remnants of dunes which once sat on the surface of Mars. NASA explained that an eruption occurred on Mars "at some point" in the distant past and the mounds of sand were turned into veritable islands amid a sea of cooling lava. Over time, wind subsequently swept the tops of the dunes away and left "these 'footprints' in the lava plain."