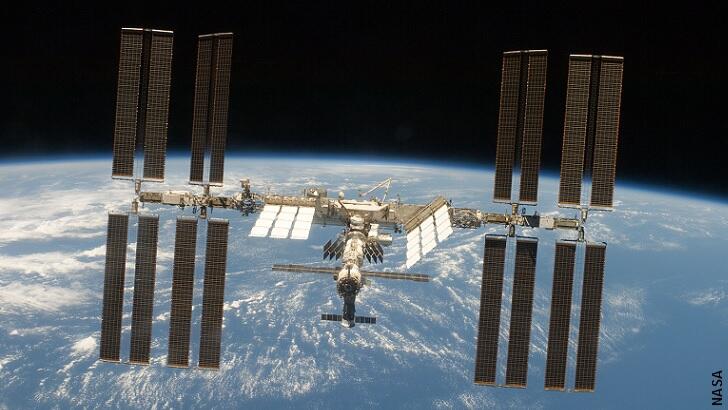 In the wake of another alleged UFO sighting on the ISS live feed, NASA has responded to allegations that the space agency censors its broadcasts during such events.

The issue emerged this week when a horseshoe-shaped object was seen on the ISS broadcast before the live feed suddenly shut down, following a pattern which has become all too familiar to UFO researchers.

With the incident garnering a considerable amount of media attention, specifically because this seems to be a recurring set of circumstances, NASA finally addressed the topic.

A spokesperson for the space agency told the website Value Walk that "the station regularly passes out of range of the Tracking and Relay Data Satellites (TDRS) used to send and receive video, voice and telemetry from the station."

When such events occur, the NASA official said, "the cameras will show a blue screen (indicating no signal) or a preset video slate, depending on where you are watching the feed."

The spokesperson also flatly denied that such an outage could be orchestrated by NASA here on Earth.

Regarding the many UFOs that researchers believe they have spotted on the ISS live feed, NASA dismissed these sightings as merely misidentified reflections, parts of the space station, or lights from Earth.

Considering the longstanding adversarial relationship between the space agency and the UFO research community, it's unlikely that the official response will serve to squelch similar stories in the future.