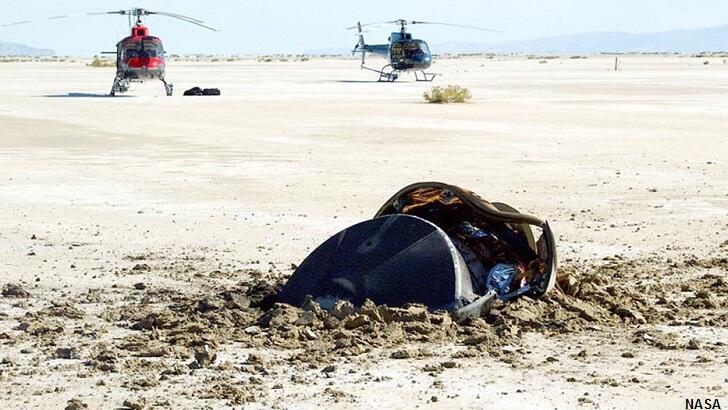 A NASA website devoted to sharing exceptional space pictures recently posted an amazing image of what they called "a flying saucer from outer space" that had crash-landed on Earth. Unfortunately for UFO enthusiasts, the photo was not an official declaration of an ET reality and, instead, was more of a clever turn of phrase by the space agency. The object in question, they explained, was actually a "sample return capsule" from a project known as Genesis which orbited the sun and "collected solar wind samples."

According to NASA, the 'flying saucer' had been designed to safely return to terra firma via parachutes, but wound up plummeting to the ground when they did not deploy properly. Remarkably, the space agency said that the out-of-control capsule was tracked by radar and helicopters as it fell so that a response team was ready to recover the object once it had landed.

While, much like with the peculiar cloud on Mars last week, some conspiratorial minds may conjure up an alternative explanation for the image, we'll take NASA's word for it when it comes to the nature of the crash, since there don't seem to be any signs of alien bodies in the vicinity.