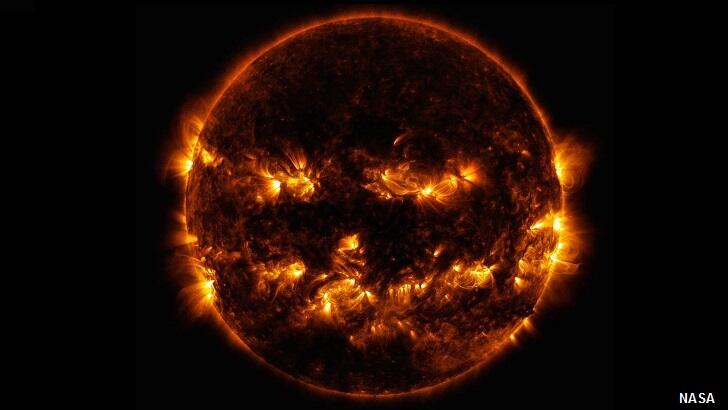 In honor of Halloween, NASA has shared an image of the sun which bears an uncanny resemblance to a jack-o'-lantern. The space agency posted the photo on their Sun Science Facebook page on Sunday evening, marveling that "even our star celebrates the spooky season." NASA noted that the image was taken in, appropriately enough, October of 2014 by NASA's Solar Dynamics Observatory.

According to the space agency, the glowing portions of the "jack-o'-lantern face" are active regions of the sun which "emit more light and energy." They went on to explain that these parts of the star "are markers of an intense and complex set of magnetic fields hovering in the sun's atmosphere." Meanwhile, not to be outdone, the staff at NASA's Hubble Telescope also shared their own Halloween image in the form of a 'ghost face' created by the collision of two galaxies.