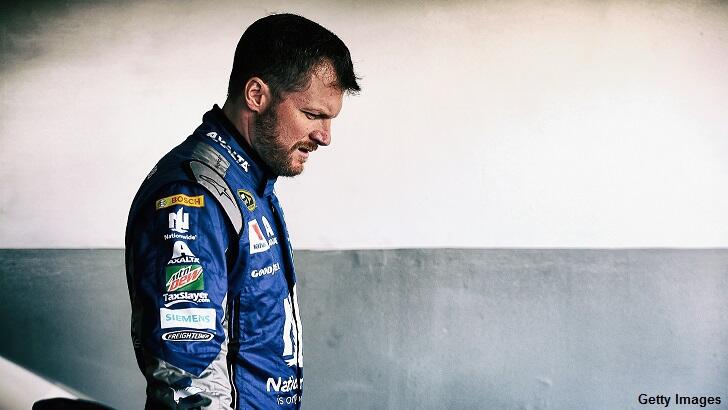 Retired NASCAR driver Dale Earnhardt Jr. recently shared a remarkable story about how he was saved from a fiery car wreck by an unseen force that he suspects was a ghost. The fantastic tale came about during a taping of Earnhardt's podcast 'Dale Junior Download' in response to a listener question asking the driver if he believed in Bigfoot and if he'd ever had a supernatural encounter. Although he expressed skepticism about the existence of Sasquatch, Earnhardt conceded that he did have an incredible experience that seemingly involved some kind of spirit.

Earnhardt recalled a race in Sonoma, California which took place in 2004 where he had crashed his car and the vehicle burst into flames. According to him, amidst the inferno he felt someone reach into his car, lift him up by his armpits, and pull him from the fire. "I don't have any memory of myself climbing out of the car," he said, noting that he only remembers trying to get out of the car and being unable to do so until this force grabbed him.

While recuperating in the hospital, he asked someone on his team who pulled him from the car. To Earnhardt's surprise, the racer was told that he had done it himself. Despite their insistence that there had been no one helping him, the shaken driver was adamant that he had not escaped the wreck alone. "It was physical hands grabbing me," he marveled, "I felt it!" What do you think of Earnhardt's spooky story? Let us know at the Coast to Coast AM Facebook page.