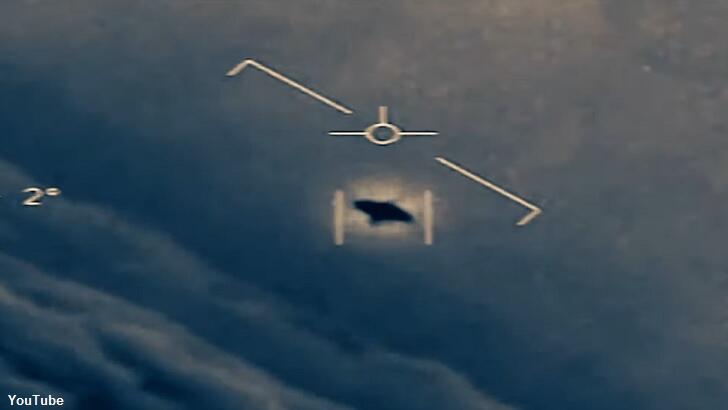 The United States Navy has confirmed that the much-discussed trio of UFO videos that appeared online at the end of 2017 and in early 2018 are genuine and that the footage shows what they consider to be "unidentified aerial phenomena." The remarkable admission was made to John Greenwald of the website The Black Vault in response to an inquiry about the three clips, one of which is the tantalizing 'Tic Tac' video, that were filmed by Navy pilots during training exercises and were released by the To the Stars Academy in conjunction with the blockbuster New York Times piece from December of 2017 that revealed the existence of a Pentagon UFO program.

Joseph Gradisher, the official spokesperson for the Deputy Chief of Naval Operations for Information Warfare, told Greenwald that "the Navy designates the objects contained in these videos as unidentified aerial phenomena." He went on to explain that the 'UAP' designation is "used because it provides the basic descriptor for the sightings/observations of unauthorized/unidentified aircraft/objects that have been observed entering/operating in the airspace of various military-controlled training ranges."

The response has, as one can imagine, caused a stir in the world of ufology, where the term 'UAP' has been adopted by many as a substitute for the much-maligned acronym 'UFO.' That said, one should note that Gradisher never said that the objects in question were actually connected to anything extraterrestrial and that the nature of the objects remains, at this time, unknown. Be that as it may, the Navy's statement has sparked headlines around the world this week with many trumpeting them as yet another official confirmation that "UFOs are real." While, in a sense, that may be the case, the answer to what UFOs are, of course, remains as elusive as the phenomenon itself.

Adding another intriguing twist to this latest development surrounding the videos is that they apparently should still be classified as Gradisher indicated that "the Navy has not released the videos to the general public." This odd addendum will undoubtedly further fuel the considerable speculation and heated debate that has been unfolding in UFO circles over the last several months with regards to the provenance of the pieces of footage as well as how and why they wound up being revealed to the world in the first place.