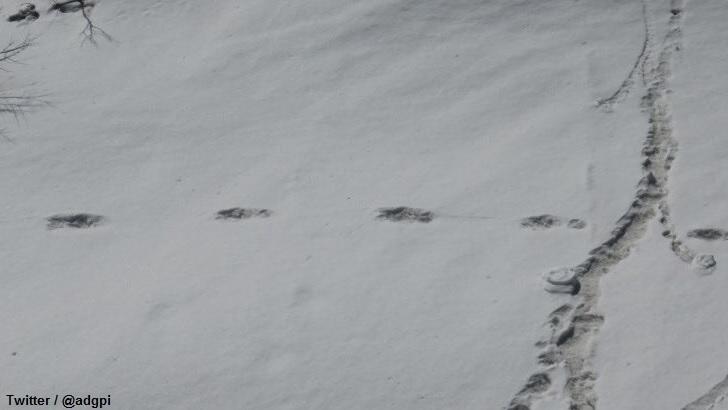 The Indian Army's sensational claim of having found Yeti prints in the Himalayas is being called into question by its neighbor Nepal, which contends that the 'mysterious' markings merely came from a bear. Last week's stunning assertion that a mountaineering team had stumbled upon evidence of the infamous Abominable Snowman sparked headlines around the world. As is often the case with stories such as this, skeptics quickly expressed doubts about the surprising 'discovery' and now their misgivings are being echoed by investigators on the ground.

According to a spokesperson from the Nepali Army, the country tasked a team of personnel to the location to see what they could find out about the alleged Yeti prints. Alas, since the find had actually been made weeks ago, the tantalizing trail in the snow had vanished by the time that the group arrived. However, they were able to speak to a number of individuals who live in the area and they offered a fairly prosaic explanation for what the Indian Army had been touting as truly fantastic. "According to locals and porters," Bigyan Dev Pandey told the AFP, "such unusual footprints appear frequently in the area and are made by wild bears."

While the localized insights and likely answer for the source of the prints are no doubt disappointing to cryptozoology enthusiasts, the revelation is not altogether surprising as a bear had been the proverbial main suspect offered by wildlife experts already. Perhaps the more puzzling question to ponder coming out of this development is whether the Indian Army genuinely believed that they had found Yeti prints or if the announcement was an elaborate hoax aimed at generating headlines and perhaps inspiring people to journey to the country in search of the creature.