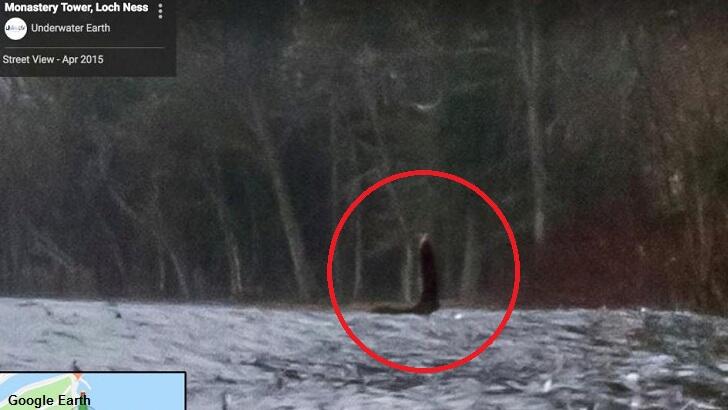 An Ohio woman on a mission to spot the Loch Ness Monster suspects that she may have found success from the comfort of her own home thanks to Google Earth. Lisa Stout told a Scottish newspaper that she'd seen recent photos of the famed cryptid in the news and mused to herself that "I can definitely find a better image." And so she set about scouring Google Earth for potential signs of the creature at Loch Ness.

Finally, after weeks of looking, Stout stumbled upon some pictures on the service that were taken at the site two years ago. Much to her amazement, one of the photos appears to show a long and dark anomaly seemingly emerging from the water. Stout speculates that this is the neck of Nessie, which she posits was about three to five feet long and one foot wide. At the base of the protrusion, she believes, is a glimpse of the creature's body slightly sticking out of the water.

Stout was so sure of her discovery that she actually submitted it to the Loch Ness Sightings Register and the photo was subsequently accepted as the 9th official encounter of the year. The head of the organization, Gary Campbell, reasoned that "our panel can't explain what Lisa has spotted therefore we are listing it as a sighting." He did note, however, that if someone can come forward with a plausible prosaic answer for the anomaly, they'll reconsider the listing. With that in mind, give us your best guess for what Stout spotted, if it was not the infamous monster of Loch Ness, at the C2C Facebook page.