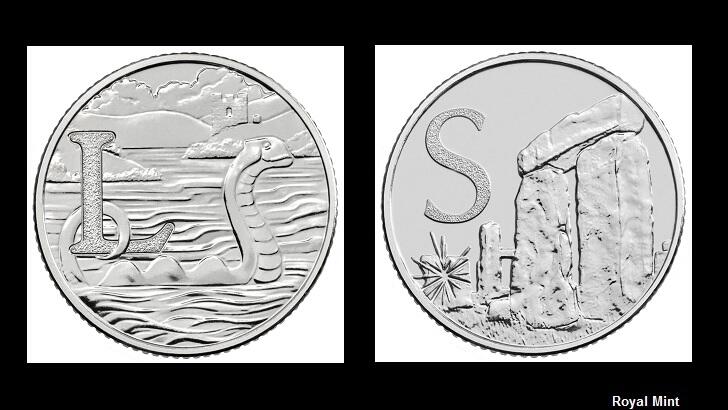 A pair of paranormal fixtures are being honored by way of new coins issued by the British Royal Mint.

Ten pence pieces featuring both the famed cryptid Nessie as well as the legendary esoteric site Stonehenge are part of a collection celebrating "quintessentially British" icons ranging from A to Z.

Much like the series of American quarters depicting each of the 50 states which were issued few years back here in the States, the 26 British coins are geared toward collectors who will want to own them all.

Fortunately for those who are not numismatists, the coins have also been entered into general circulation as of today, meaning that shoppers in the UK just may find a Nessie or Stonehenge coin in their spare change soon.

Whether the hunt for a Loch Ness Monster coin will prove to be as challenging as finding its flesh and blood counterpart remains to be seen.