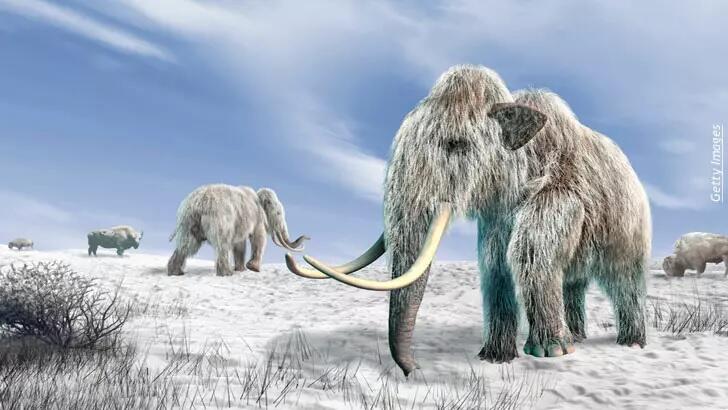 Boasting a whopping $15 million in funding, a newly formed bioscience company hopes to bring the woolly mammoth back from extinction. Dubbed 'Colossal,' the organization is reportedly spearheaded by technology entrepreneur Ben Lamm and Harvard geneticist George Church. The first stage of the ambitious project will be centered around producing a hybrid creature, of sorts, comprised of Asian elephant DNA that has been infused with woolly mammoth genes that are responsible for the animal's iconic hairy coat and bodily characteristics that allow it to withstand freezing temperatures. Ultimately, Church explained, "our goal is to make a cold-resistant elephant, but it is going to look and behave like a mammoth."

The purpose of this endeavor goes beyond merely bringing a mammoth-like creature into our modern world to demonstrate the awesome power of science as the company foresees the hypothetical animal as a way of both helping to stave off the extinction of Asian elephants, which are a threatened species, and also preserve the climate of the Arctic tundra. Their reasoning for the latter goal is that if that region of the world were once again populated by the massive pachyderms, the animals would naturally knock down trees and cause grasslands to emerge while also compacting the permafrost beneath them.

Although Lamm and Church are optimistic about the project and hope to produce the first calves of this proverbial 'woolly mammoth 2.0' within about six years, experts are understandably skeptical about both the feasibility of the endeavor as well as whether or not it would actually be beneficial in fighting climate change. "The scale at which you’d have to do this experiment is enormous.," explained evolutionary biologist Dr Victoria Herridge, "you are talking about hundreds of thousands of mammoths which each take 22 months to gestate and 30 years to grow to maturity." And, should Colossal manage to pull that off, ecologists say, unleashing a massive herd of the creatures into the Arctic tundra could wind up causing more damage to the region rather than saving it.