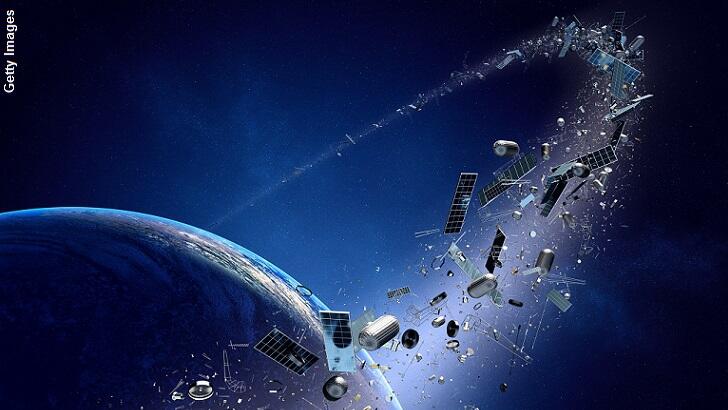 The debris, which is derived from dead satellites and rockets, has become an increasingly worrisome issue as tiny pieces of the disused devices now number in the hundreds of thousands and could pose a hazard to outgoing space missions.

Suggested solutions for how to clear this trash from space have so far fallen short of an answer, but the proposed Chinese junk-clearing rocket could finally free the Earth from its growing cloud of garbage.

The remarkable rocket would ensnare the space debris with a massive net and then process it into fuel, allowing the ship to continue its cosmic custodial work as long as it could collect more junk.

As of now, the Roomba-esque rocket remains merely a proposal and the space junk surrounding Earth continues to accumulate, so if the ship ever reaches space there may be more than enough debris to keep it cleaning for quite some time.