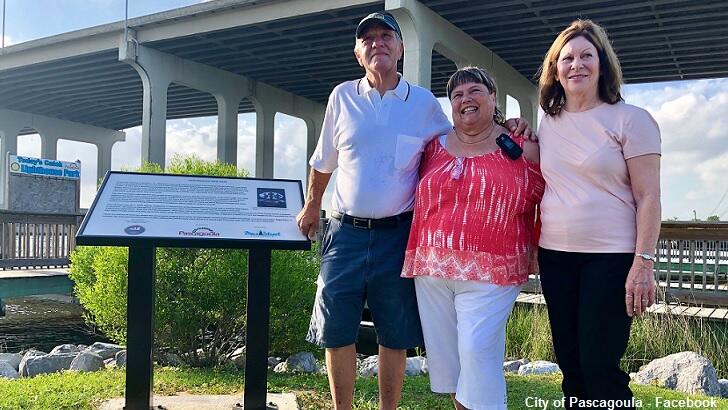 The legendary Pascagoula UFO incident was recognized this past weekend with the unveiling of a historical marker commemorating the event. The infamous 1973 event saw two men, Charles Hickson and Calvin Parker, allegedly abducted by aliens while fishing along the Pascagoula River in Mississippi. Their vivid and seemingly credible account of the encounter captured the imagination of the media at the time and sparked a frenzy in the UFO community.

In recent years, the case been the subject of renewed interest after Parker began talking about the incident again following a lengthy period of silence. That led to a number of heretofore unknown witnesses coming forward to reveal that they had also seen a UFO in the vicinity of the river on the fateful night that the two men were purportedly taken by ETs. Unlike when Parker and Hickson first shared their story back in 1973, the proverbial Pascagoula renaissance has seen the case treated with respect rather than ridicule and the change in attitude was readily apparent this past Saturday.

At an event held along the riverbank where the alleged abduction took place, the city of Pascagoula officially recognized the incident with a historical marker. In a testament to how seriously the community has embraced their place in UFO lore, the signage was reportedly paid for by the Pascagoula Historical Society and its installation was facilitated by the city itself. To that end, one can't help but observe that the overwhelming support from the community is a far cry from what we've seen with another UFO monument in Massachusetts that has become embroiled in local controversy.

On hand at this past weekend's festivities in Pascagoula were the family of the late Hickson, who passed away in 2011, as well as Calvin Parker and numerous members of his family. Speaking to a local TV station, Parker expressed profound appreciation for the recognition, musing "I wish when I died I could be buried right here underneath this plaque, that would explain it the best. It is quite an honor." The marker placed in Pascagoula is actually the second designation in America devoted to an alleged abduction incident as a similar site can be found in New Hampshire commemorating the iconic Betty and Barney Hill case.