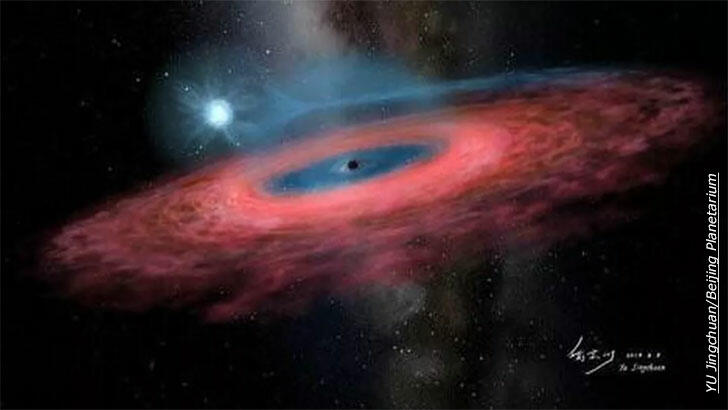 Make way for the discovery of a new black hole in our galaxy! Known as LB-1, this monster has a mass that is around 70 times larger than our sun (it was previously thought that black holes could only be around 20x bigger). Pictured above is an illustration of the mega-object, and its orbiting blue companion star (itself, eight times the size of the sun).

Black holes like this, "should not even exist in our galaxy, according to most of the current models of stellar evolution," Liu Jifeng, an astronomer at the National Astronomical Observatory of China, commented. Perhaps astronomers will find other such massive objects in the Milky Way, as it's now estimated that there could be up to 100 million black holes in our celestial backyard. Find out more at CNET.