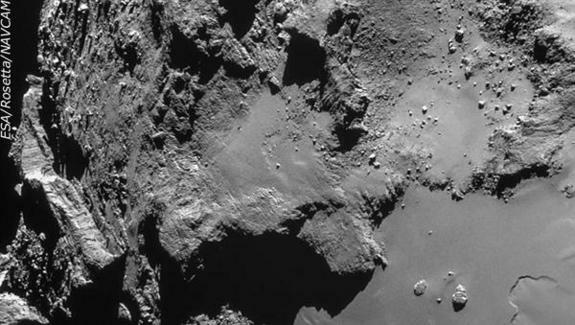 The Rosetta spacecraft has beamed back a crisp new image of Comet 67P, as it moved within a mere 9.5 miles of the rocky object, which orbits between Mars and Jupiter. A few months back, Rosetta deployed the Philae lander to the comet's surface. More on the mission here.